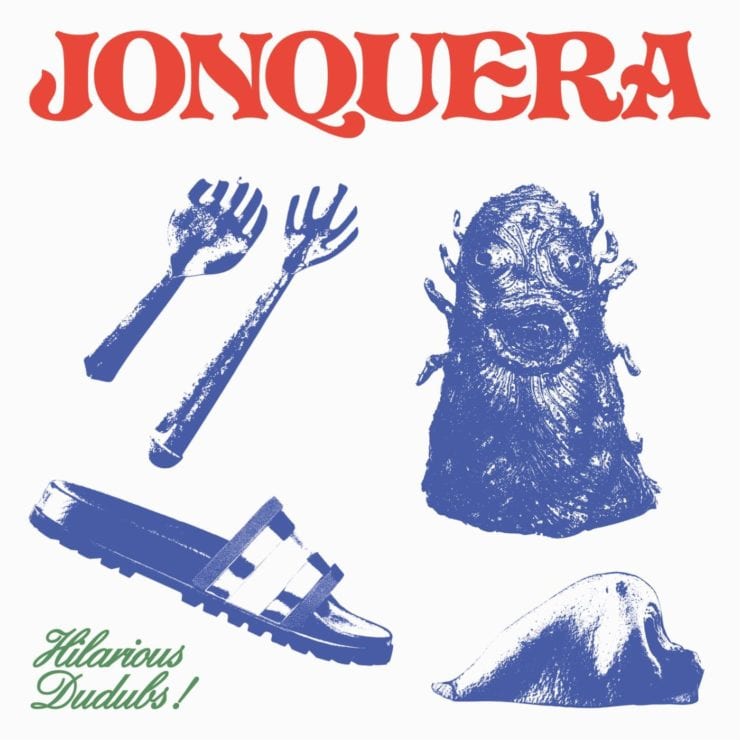 Having made a name for himself as one half of mad scientist duo The Pilotwings, Lyon-based producer Guillaume Lespinasse alias Jonquera returns with his debut solo instalment for BFDM, ‘Formative Dubs‘, scheduled for release in October.

If you’re familiar with the sound collages of The Pilotwings, an outfit that’s been blowing the fresh winds of humour and self-deprecation in a scene that way too often seems to veer off into an unhealthy competitive landscape, you’ll definitely find a similar approach in Jonquera’s puckish, multi-flavoured inaugural EP.

Taking cues from an equally varied sound palette, ranging from organic house to reggae through breaks, acid, rock and exotica, ‘Formative Dubs‘ invites us on a lush aural trip where every crossroad hides its lot of mirages and castles in the sky.

Formative Dubs is released via BFDM in October.

A1. Umamami
A2. Hell Reggaeton
B1. Smecta
B2. Jonquera At Caluire On The Rocks
B3. Escroc Voice

Discover more about Jonquera and BFDM on Inverted Audio.