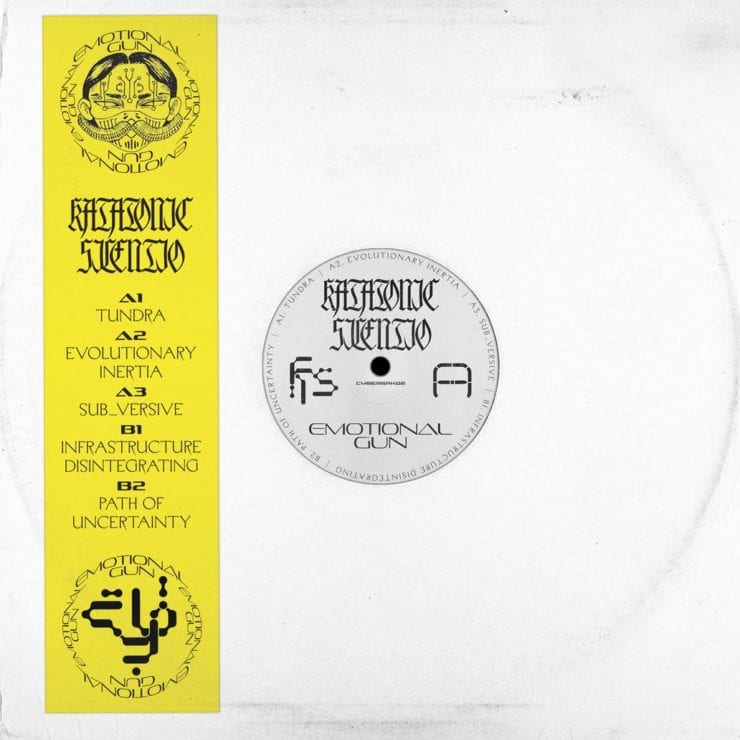 Introduced by the label as “a sound artist driven by cyberfeminism and queer culture who perfectly express the collective accellerationism“, KS here delivers a batch of seven that casts its nets wide and far, moving deftly from primitive drum patterns to glitchy tapestries, through gritty techno tropes and impetuous leftfield shifts.

Our premiere ‘Tundra‘ breaches its rhythmic banks to open up a panoramic view onto spacious ambient expanses, as complex drum lacings swirl and twirl amidst a haze of bleepy signals and playful distortions. Speaking to the dancing animal in us and lonely soul all at once, as much as it questions our place and functioning in that new age of scripted interactions and parallel realities gone astray, ‘Emotional Gun‘ feels as a much necessary and highly recommendable listen all round.

Emotional Gun is released via Cyberspeak Music on 4th April, pre-order a copy from Bandcamp.