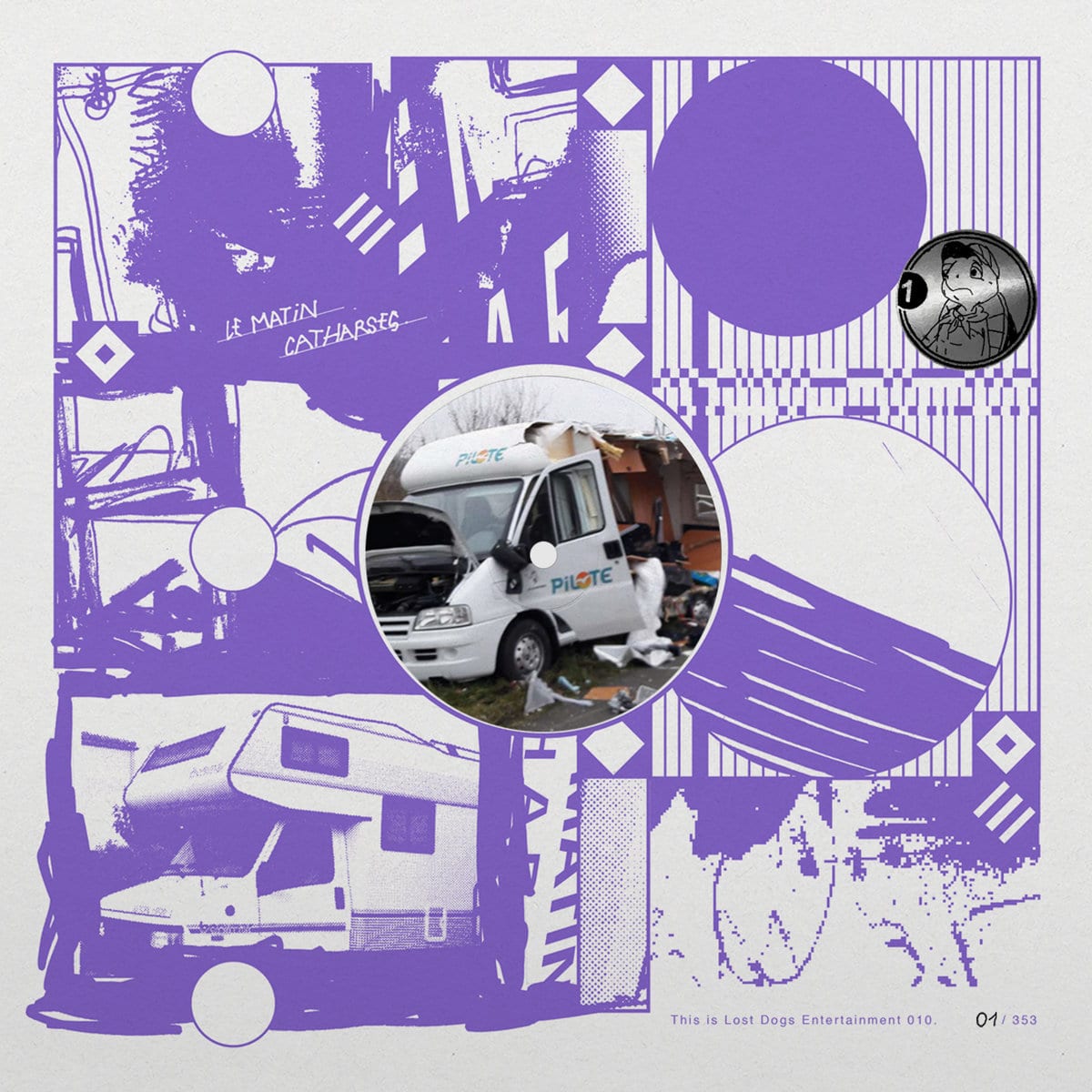 A singular voice in the underground French scene, Le Matin is quite the epitome of the elusive musical figure; abhoring up to the simple potentiality of being pigeonholed or attached to a scene he doesn’t belong to. His art is one that wraps up in smokescreens and mirrors, drowning the original picture in a thick haze of effects and opaque brushstrokes to better daze and confuse – just like his personal website does, displaying an interactive 2D maze where you can lose yourself in between shrinking rows of trees and bramble bushes, whilst throwing snakes with your fingers.

After a pair of releases on the label, Charles Torris returns to Lost Dogs Entertainment with ‘Catharses‘ – a five-tracker rife with the kind of oddball, genre-mangling electronics that made his name. Streaming through our channels today, ‘Renal Liquid Dog‘ is a fizzy mutant weapon a la Mr Oizo from the early days, squelching in knee-deep acid swamps via shriveling corridors of sizzling frequencies and blustery distortions. A bold, roaring and rumbling experiment aimed at breaking the laws of physics, this one has enough heat under the hood to shred the most solid of sound systems into pieces. The man’s got more guts than Han Solo in a bounty hunter-filled greasy spoon.

Catharses is released via Lost Dogs Entertainment on 20th June, pre-order a copy from Bandcamp.

A1. Night Distillery
A2. I Miss You Every Moment In My Life Not (Katzenstreu)
A3. Social Adaptation
B1. Renal Liquid Dog
B2. Metastasis