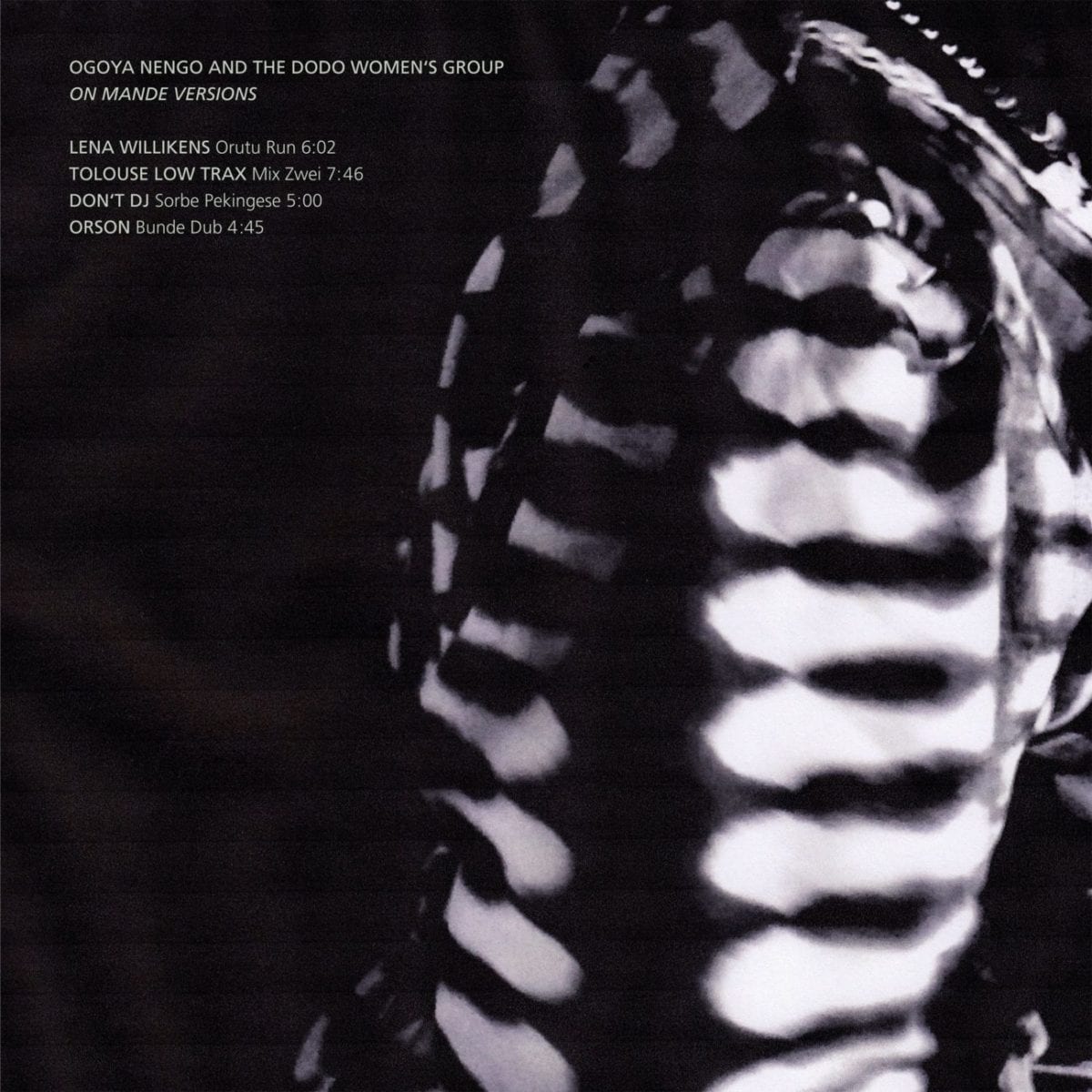 Lena Willikens has undeniably been one of 2016’s most prolific artists. Known for her atypical musical taste and her impressive capacity of picking lesser-known yet brilliant records, the Cologne-based artist doesn’t disappoint when it comes to the remix. Following her striking remix for Delicacies and for Huntley’s + Palmers earlier this year, Lena will inaugurate 2017 with a fiery reinterpretation of TAL’s first release from Ogoya Nengo and The Dodo Women’s Group.

‘On Mande Versions‘ features four remixes from Tolouse Low Trax, Don’t DJ, Orson and Lena Willikens. The four German producers give their personal interpretation of the latest album by the Kenyan vocalist, which came out on Stefan Schneider’s imprint earlier this year, establishing the first inevitable liaison between the traditional approach of Dodo Music and contemporary dance music.

It wasn’t an easy choice to pick our favourite, but we eventually picked ‘Orutu Run‘, a twine of samples from different tracks of ‘On Mande‘ picked and reworked by Lena Willikens. The hypnotic sound of a strummed Orutu (a traditional Kenyan one-stringed instrument) bestows the track of a tribalistic trance-y feeling. High pitched howls and whistles serve as awakening to the listener from the convulsed and hypnotic underlying groove.

Ogoya Nengo and The Dodo Women’s Group – On Mande Versions is released via TAL on 20th January 2017.

Discover more about Lena Willikens and Tal on Inverted Audio.