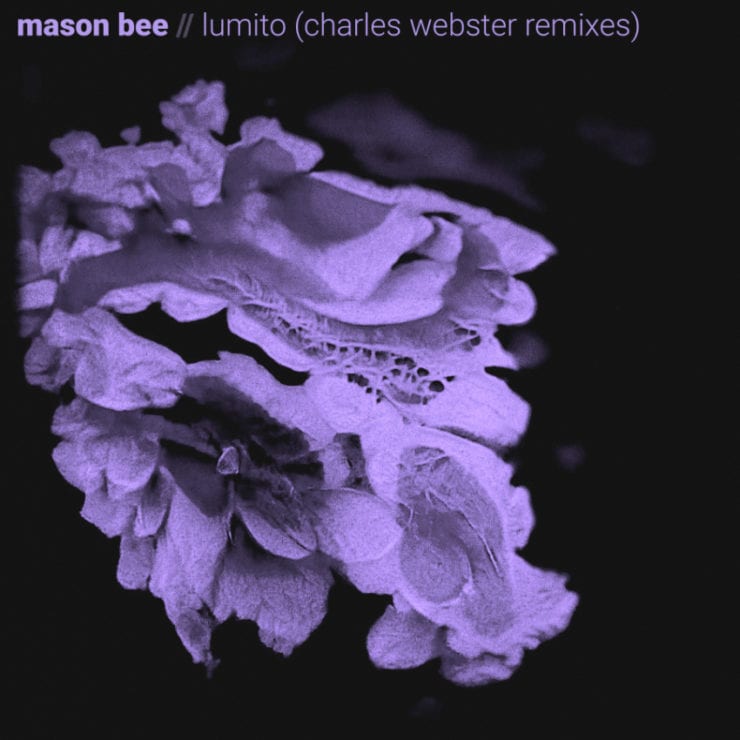 Multi-instrumentalist Mason Bee – aka Benet Walsh – graces his own Pollen Kit Recordings imprint with a fresh single, backed by a trio of remixes from production machine Charles Webster.

Best known as a long time collaborator of Plaid, he stepped out with a debut album last year that blended everything from folk to electronica into a psychedelic swirl. The same sort of theme carries on in ‘Lumito‘, which feints that it is a tranquil piece that brings together acoustic guitar, languid vocals and threads of synths.

However things are not as straightforward as they seem, such as every metallic swoosh when a hand glides up the guitar’s strings spinning away like a shooting star or finger clicks hovering in echo under your feet. The single is also paired with a contribution from another Plaid collaborator – a video from Bob Jaroc, who has also worked with Paranoid London and Fatboy Slim.

Webster provides a number of flavours and is obviously running on a high from last year’s lauded ‘Decision Time‘ LP. The ‘Deep Dub‘ is the most driving of the three, a progressive electronic moment that builds to a sunrise crescendo.

Then there is the main remix, which you can catch premiering here. It exists in the inverse of the ‘Deep Dub‘, the low end stepping into the background as melody and subtlety of the original takes to the fore, allowing you to savour each and every sound in their fullest. A brief ‘Reprise‘ finalises the package, a deft memory of mellow guitars and chewed up vocals.