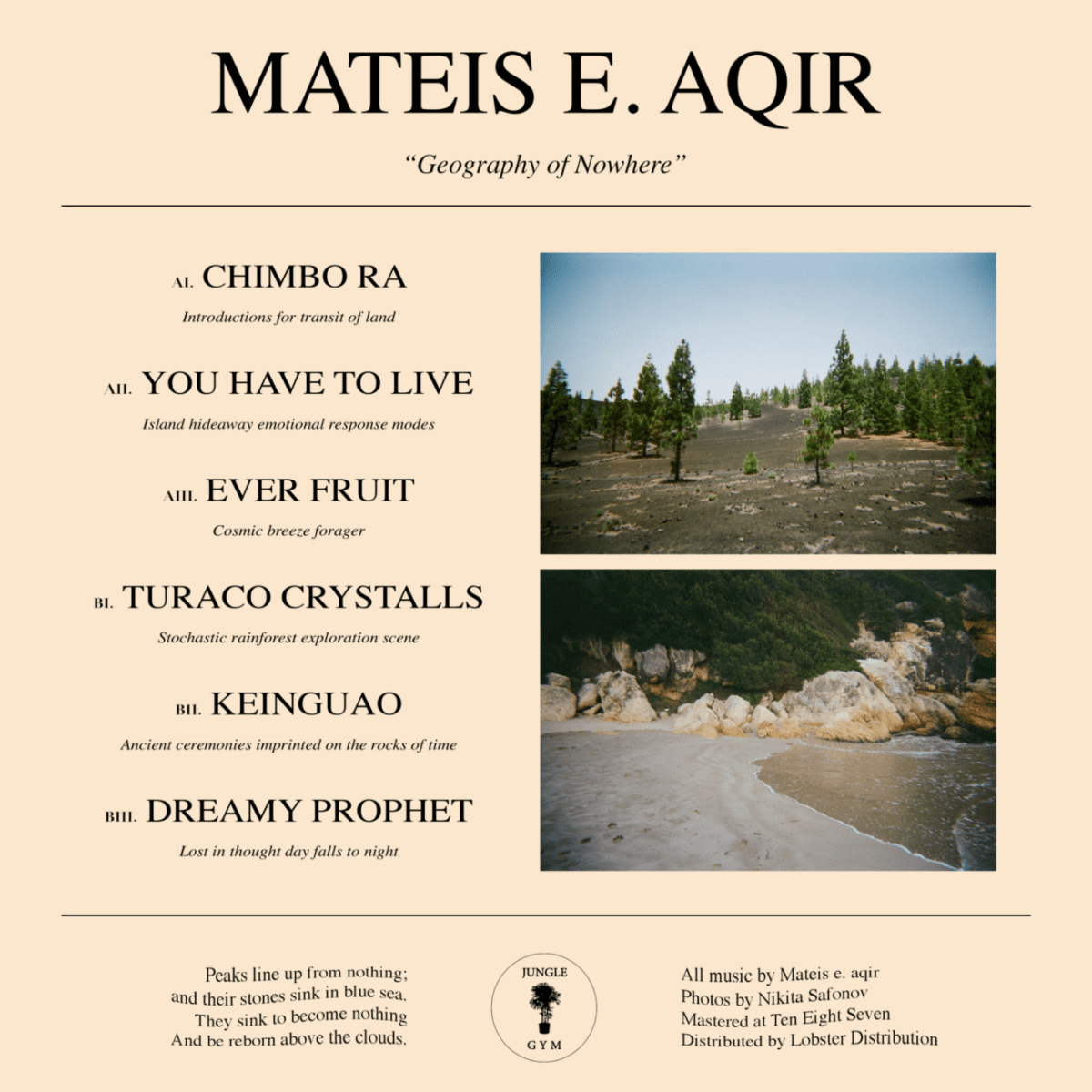 Mapping a serene ambient utopia where nature reigns supreme, Mateis E. Aqir‘s debut 12″ on Seattle’s Jungle Gym Records makes for the kind of sonic odyssey you’ll have a hard time closing a chapter on. Whelming you into a multisensory tapestry of sun-kissed exotic atmospheres, otherworldly harmonics and richly-layered organic textures, ‘Geography Of Nowhere‘ acts like a balm for your ills: a lush oasis of zen to appease the harshest of day-to-day blues.

Lifted from this minutely sculpted six-track narrative, ‘Chimbo Ra‘ (subtitled “introductions for transit of land”) sets the tone right away with its lulling mixture of metronomic drums and slow-scudding pads; raising its abstract melodic motifs above the clouds and into the clear, boundless sky. A riveting downtempo excursion into idyllic scapes and fertile wonderlands, this new-age’y gem’s put bliss in a bottle and commits to spread its heavenly charms around just as generously.

Geography Of Nowhere is released via Jungle Gym Records on 20th April, pre-order a copy from Lobster Records.

A1. Chimbo Ra
A2. You Have To Live
A3. Ever Fruit
B1. Turaco Crystalls
B2. Keinguao
B3. Dreamy Prophet