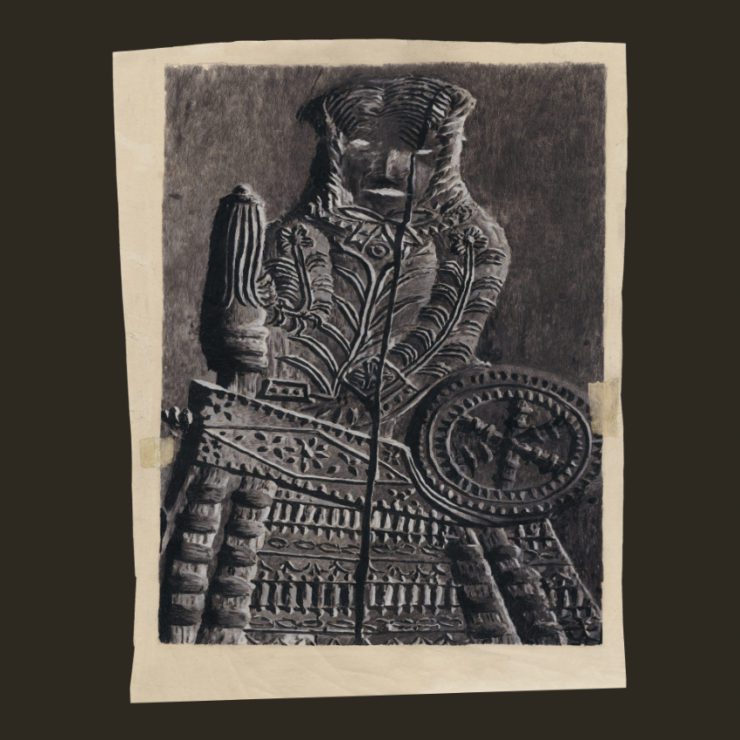 Michael Anklin, a polyglottal musician with an array of artistic collaborations as diverse as the instruments he speaks with, releases his debut solo record ‘Mekonium‘ through Swiss label Sais Records.

Shrouds of collected and collated sounds, sourced via myriad methods such as manipulated field recordings, analogue synthesizers and tape-based instruments, are the only ingredients on the album, a recipe that shows the multiplicity of voices that a sparing approach to sound design can yield.

‘Chiaroscuro‘ opens the record with a perfect-pitch note, which the rest of the album neatly follows: a heavy atmosphere, baptised in ritual influence and blacklisted ancient traditions, which Anklin seems to uncover in order to pay greater respect to older deities.

The title of ‘Chiaroscuro‘ could hardly be more appropriate: each instrument used seems to simultaneously possess the qualities of light and dark, with each listen revealing shadow or luminescence depending on the mood. Elsewhere on the album, the varied approach to musicianship sees percussion brought to the fore, but on the opening piece the mind is encouraged to wander in isolation through wind, and the abstract shapes therein — a vision perfectly rendered in the official music video, available to watch below.

‘Mekonium’ is scheduled for release 25 March via Sais Records. Order a copy from Bandcamp.