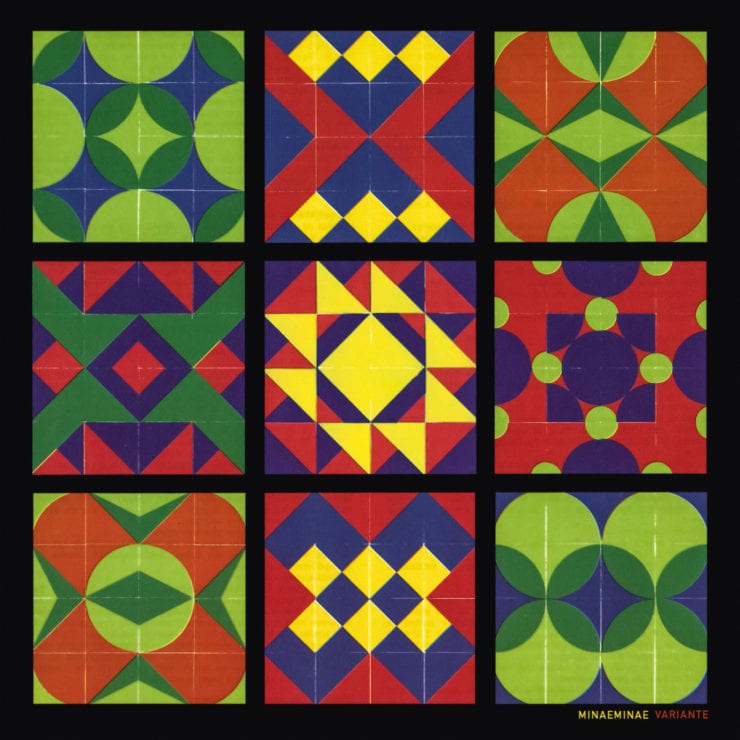 MinaeMinae makes vibrantly imaginative music motivated by a sense of childlike play, an intuitive flow that seeks no object or goal other than the joy of creation itself: “A child can play forever without becoming tired. There is no competition, no comparison, there is no direct purpose, no usability. The purpose is the game itself.”

Though his creative process is informed by simplicity, the music itself is anything but. MinaeMinae’s debut extended player, ‘Variante‘, released this November on Human Pitch, is an aural kaleidoscope, a psychedelic tessellation of metamorphic patterns and shimmering polyrhythms that’s both mesmeric and utterly unique.

This Stuttgart-based multimedia artist and producer was born in a small village far from metropolitan life but drew indirect inspiration for his debut recordings from an impactful trip to India. MinaeMinae’s stated that the record is not an interpretation or imitation of Indian music or culture, but instead an attempt to approach the impossibility of completely assimilating any other culture within art.

Variante discards that goal, instead choosing to translate the composer’s subjective impressions and experiences musically by creating a new kind of imaginary landscape, in an approach reminiscent of the “fourth-world” conceptions of artists such as Jon Hassell, Visible Cloaks and RAMZi.

Today we’re excited to premiere ‘Tumult‘ – a prismatic composition that appears towards the end of Variante. Centred around a Reichian motif that circles the ears in uneven phases, the track – and much of the record itself – operates where the percussive and the melodic intersect, masterfully layering graceful, pointillist rhythms made up of enchanting timbres that float between the organic and the synthetic, the earthly and the cosmic, the known and the unknown.

‘Variante’ is scheduled for release via Human Pitch on 1 November 2019. order a copy from Bandcamp.

Discover more about MinaeMinae and Human Pitch on Inverted Audio.