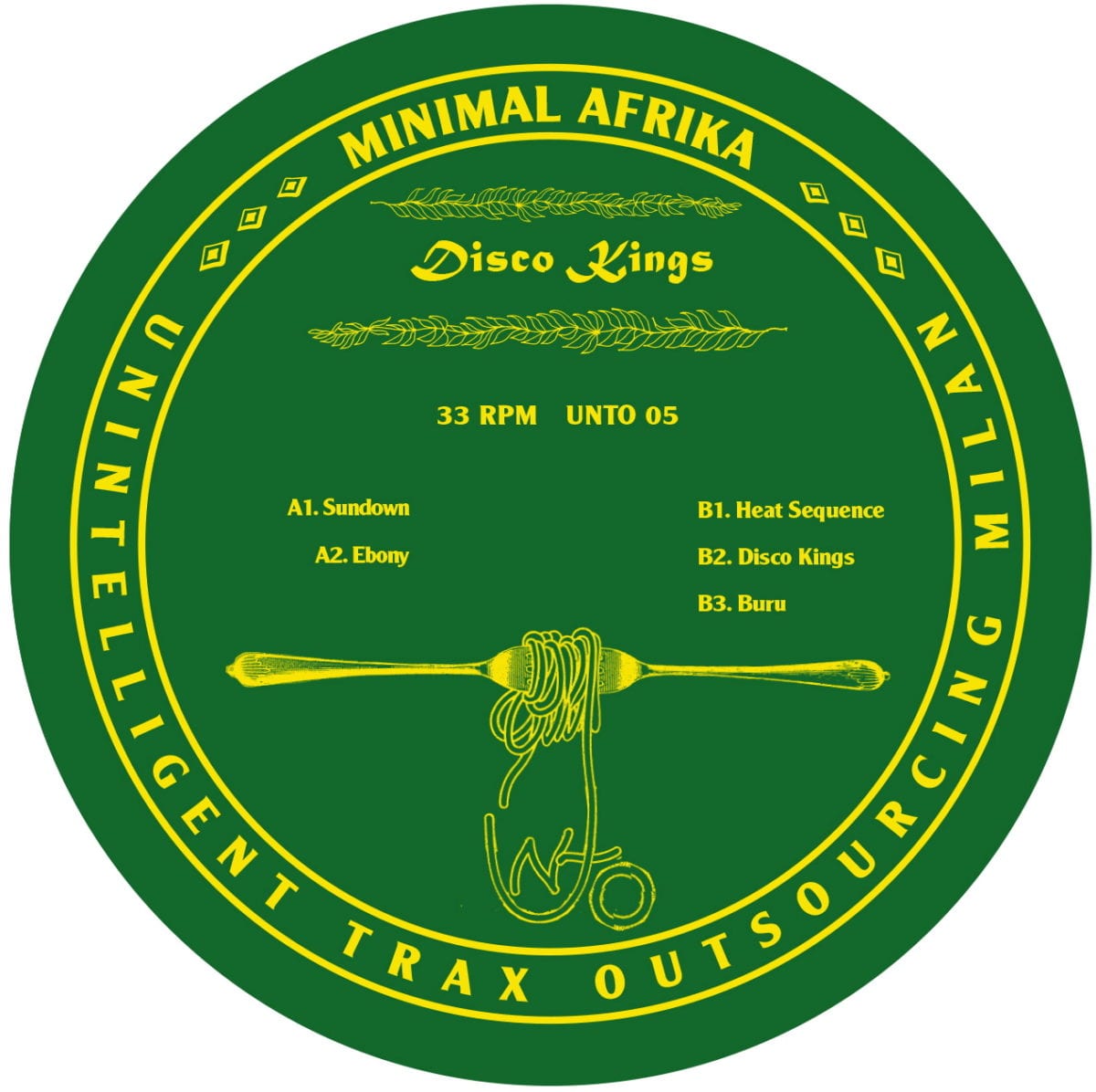 2016 has been a busy year for Milan based imprint UN.T.O – Debuting back in February with Raw Embassador’s ‘Tough Steel‘ EP, they have since forged a strong identity, releasing a range of raw acidic house to dub and abstract cuts from local producers Marcello Napoletano, Cosimo Damiano and Antonio.

Nine months on and the Milan-based imprint have announced their seventh release courtesy of Italian house duo Minimal Afrika. Described as “desert music for those stormtroopers on Tatooine“, their upcoming 5-track EP follows on from their debut album ‘TERZOMONDISCO’, released in a very limited run of 50 copies via Berlin-based imprint GetWet.

Our pick, ‘Sundown‘ features a slow-moving nocturnal bassline interlaced with tribal-like vocals, alluding to the ritualistic feel of the sun going down. Breezy hi-hats gradually increase as the track’s groove grows, flowing in between grimy vox samples and an exotic synth meant for dark and incense-filled dancefloors only.

‘Disco King’ is released via UN.T.O on 21st December 2016. Pre-order you copy on Bandcamp.