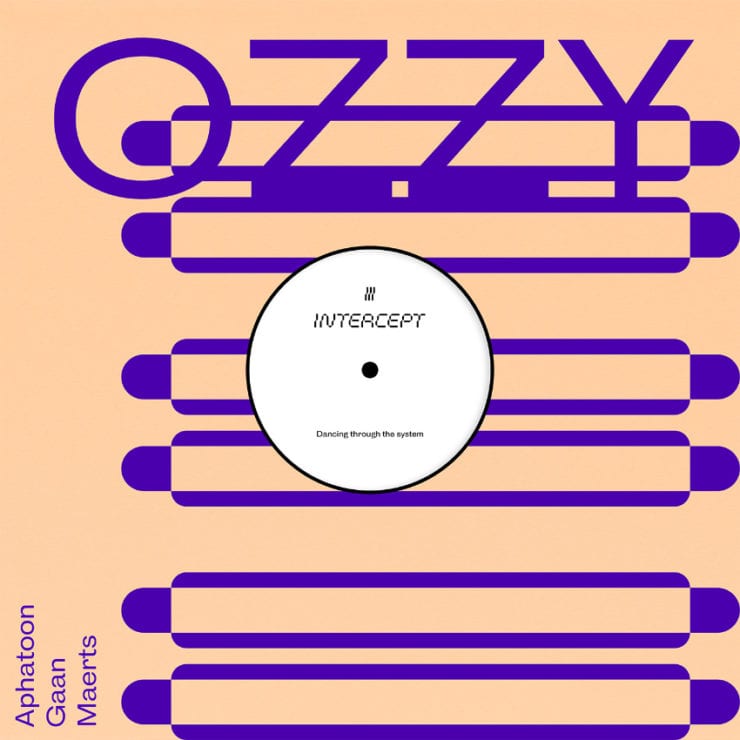 24-year-old producer Ozzy, real name Oscar Jones, seems to be turning heads. A relative newcomer, his CV is starting to read like a who’s who of contemporary European techno. Following a release on Barnt’s Schalen label and the inaugural release for HAAi’s Radical New Theory, the Australian/Dutch producer returns with a 3-tracker for the Dutch digital-only label, Intercept.

The release kicks off with ‘Aphatoon’. Rave stabs and a didgeridoo sample compete for space over a reggaeton inspired beat, making the song equal parts hip-swaying groover and late night drug chug. The second track, ‘Gaan’, has a similarly split personality. Sunrise chords drape themselves over a 6 AM breakbeat before a paranoid synth takes over the mix at the halfway mark.

Our premiere, ‘Maerts‘, is a bit more subtle in its duality. Clocking in at over 140 BPM, the track starts with percussive pitter-patter over a racing kick that announces itself as peak time fare. But while much of the music being made in this range can feel austere and lifeless, the first break in the track reintroduces us to Ozzy’s bent towards melody with a touch of melancholy.

The synth modulating across a cascade of minor chords offers a contrast to the darkness the low-end conjures, providing just the right amount of luminescence and a reminder that just because the night is over, the party doesn’t have to stop.

‘Maerts’ is scheduled for release 18 September via Intercept. Order a copy from Bandcamp.