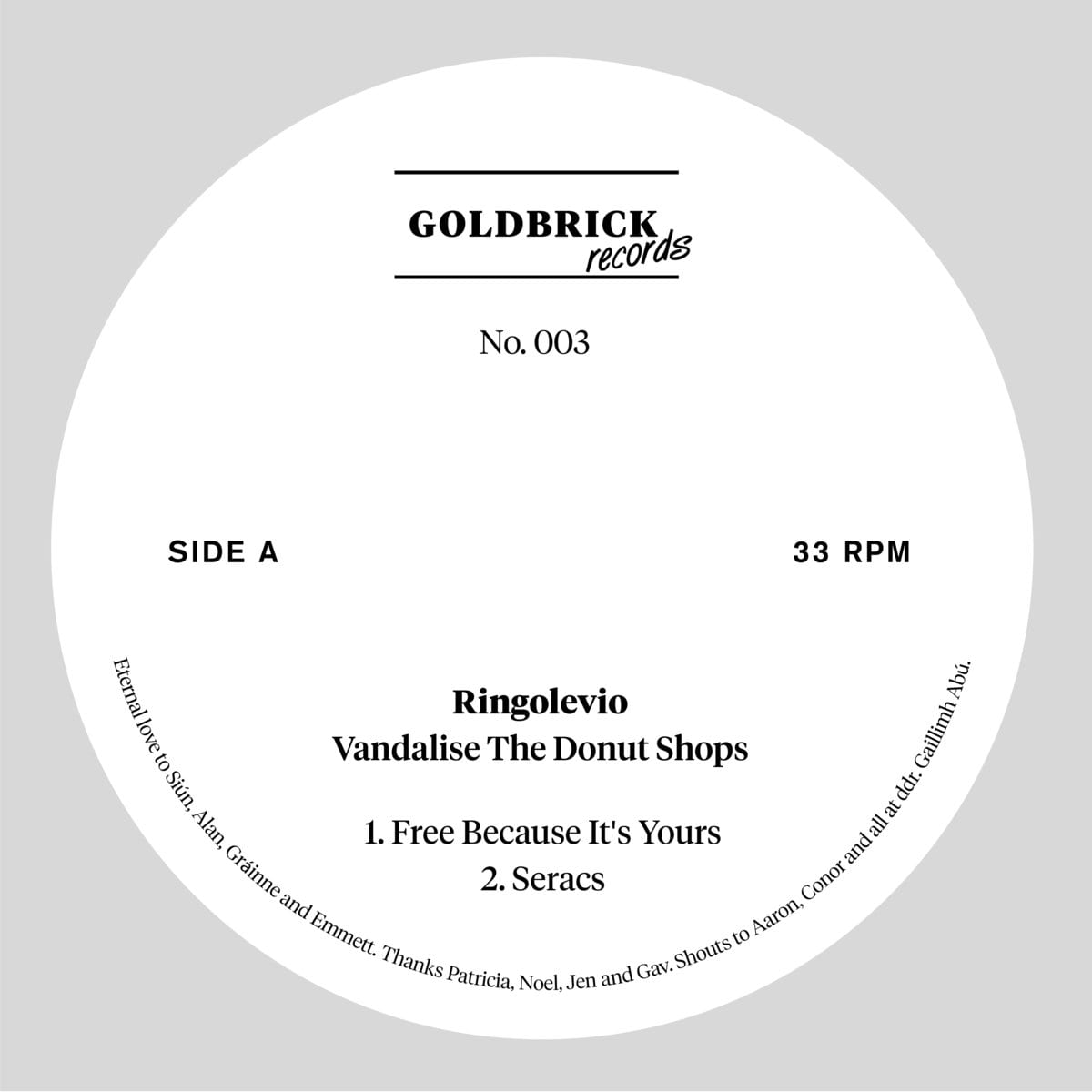 Young Irish people who can’t afford to live in the increasingly expensive Dublin city, Ringolevio have an advice for you: “Eat Your Landlord, Stone The Dáil, Defecate in the Banks, Moon the DUP, Hammer Neo-Liberalism, Repeal the Fuck out of the Eighth, Vandalise The Donut Shops“.

‘Vandalise The Donut Shops‘ is also the title of Brian Mc Namara and Simon O’Toole’s debut instalment on Dublin-via-Berlin based imprint Goldbrick Records, after iterations from Hekkla and R.Kitt. Made over the course of a few months in various rooms around Dublin, the record swings the pendulum between jaunty electroid pulsations, off-kilter programming and chimey melodics through a playful waltz of sorts, merging moody ambiences with a straight out club-ready bounce.

Our premiere ‘Seracs‘ encompasses the record’s lush ambient house feel in a bottle. A pinch of blissed out balearic, racing waves of 303 bass, high-pitched synth hooks and nostalgia-soaked breaks is what’s on the menu of this Indian summer groover, 100% fit for your last excursions in the wild before the leaves turn red for good, or chilled after-party moments when the light moves in golden showers. Proper luscious electronics from a duo on the rise, don’t sleep.

Vandalise The Donut Shops is released via Goldbrick Records on , pre-order a copy from Bandcamp.

Discover more about Ringolevio and Goldbrick Records on Inverted Audio.