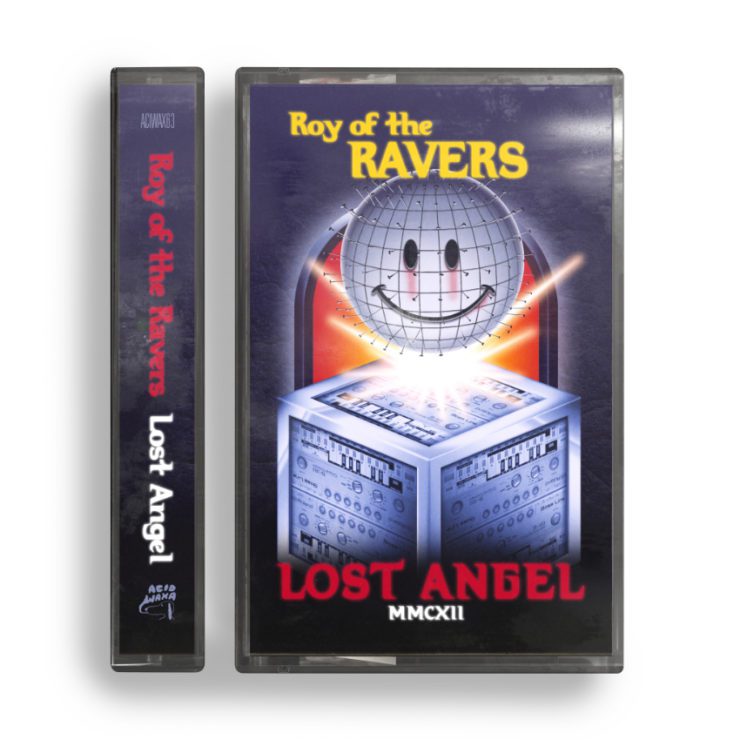 Since the release of the ‘2 Late 4 Love’ EP back in 2015, there’s been a lot of discussion about Roy Of The Ravers. Although the artist remains reasonably elusive, the success of that release, and particularly the infectious acid track ‘Emotinum’, helped to propel the producer to a wider acclaim.

Covering a wide variety of tempos and moods, releases in the years since have shown that the Roy Of The Ravers is capable of enormous creativity with Roland’s TB-303. Much of this output has landed on the tape-focussed Acid Waxa label who are also set to deliver the artist’s next LP.

‘Lost Angel’ is a departure from the usual acid-laced fare that we’ve come to expect from the artist. Instead, the LP presents more atmospheric works that range from brief moody impressions to tracks like our premiere, the sprawling and cinematic ‘Saudades (Main Theme)’

‘Lost Angel’ is scheduled for release 21 December via Acid Waxa. Order a copy from Bandcamp.