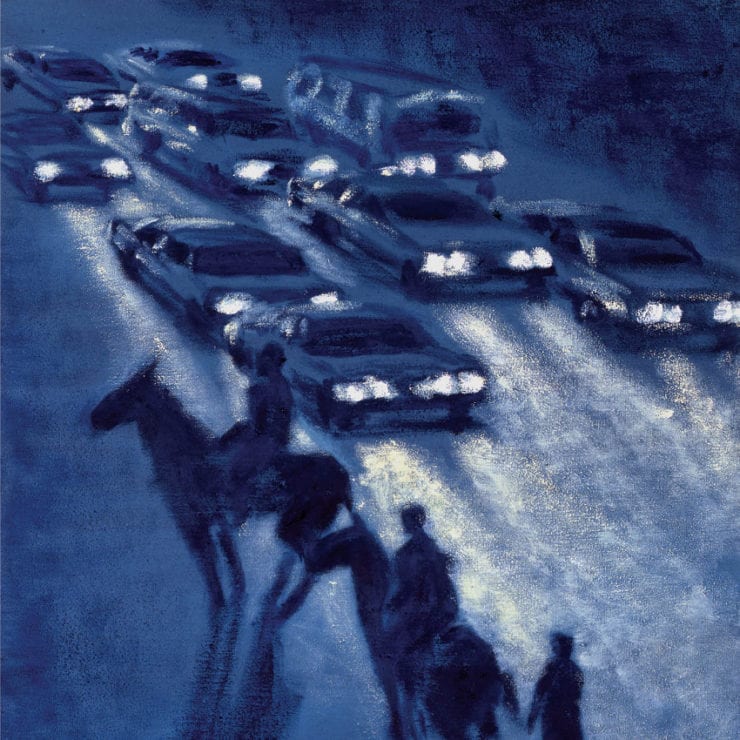 Back in 2013, Sau Poler’s first release landed on newly established Dutch label, Atomnation. Since then, both artist and label have been hard at work, releasing the kind of finely-tuned tracks that are equally effective in both festival and club contexts. It seems fitting that the producer’s debut full-length should arrive via Atomnation, a homecoming of sorts for the artist.

Like many artists, Sau Poler has used his debut full-length as an opportunity to push himself beyond his comfort zone. The album, recorded between 2018 and 2020, also saw the Barcelona producer working through periods of creative stagnation, requiring him to get back to the essence of his creative process.

Partly as a result of the above, ‘Nocturno’ is filled with the sounds of late-night introspection. ‘Incertidumbres’ is a fine example of Sau Poler’s introspective and sedative side. The track moves at an unhurried pace, elements used sparingly and with intent. Atop a steady rhythmic framework, pads swell and panpipe-esque synths fade in and out of the Space Echo saturated haze.

‘Nocturno’ is scheduled for release 28 May via Atomnation. Order a copy from Bandcamp.