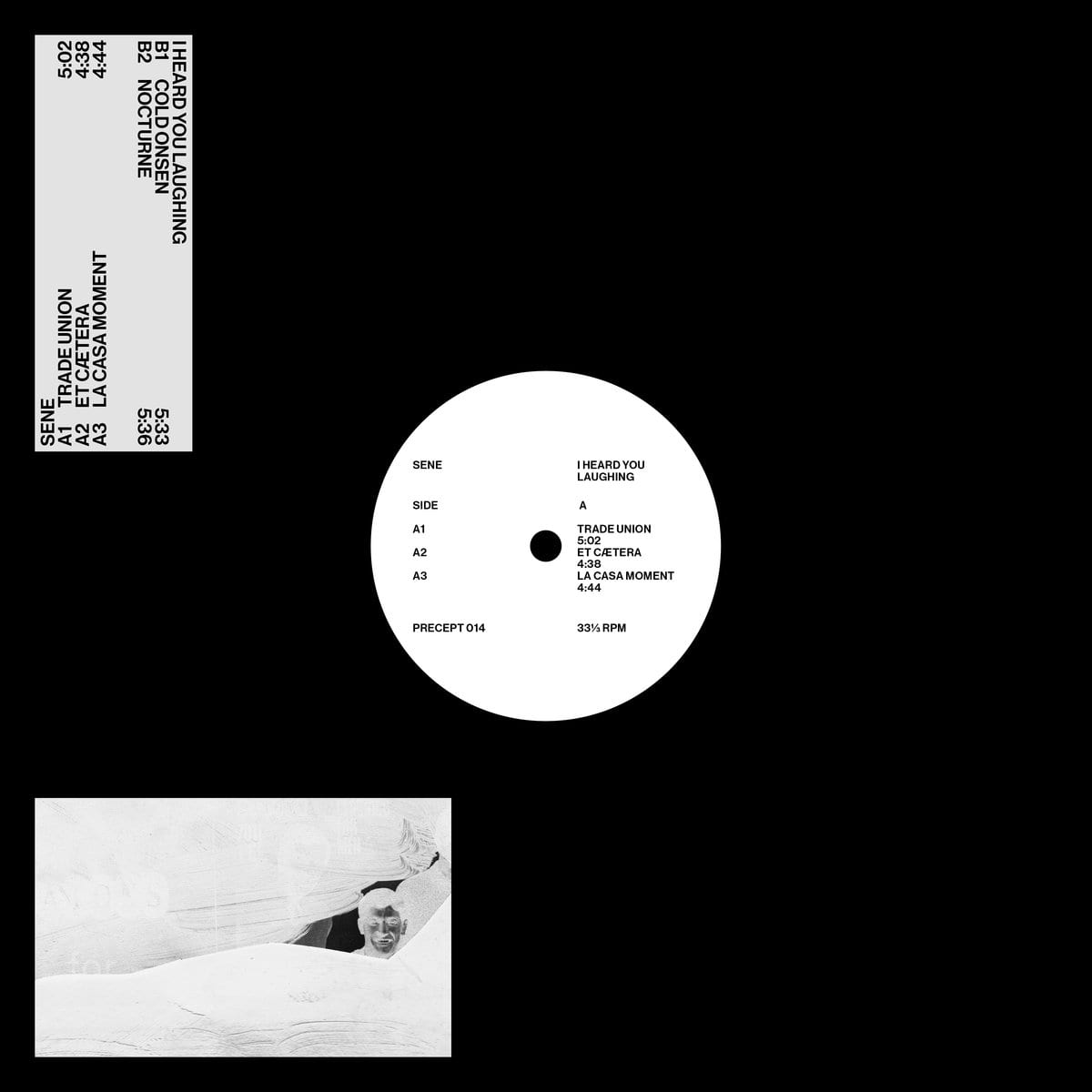 Ever since they landed their first compilation – ‘The Black Ideal‘ – back in 2013, Unknown Precept have taken and held on to their seat at the forefront of the new industrial music and avant-garde techno wave that’s unfurled on dancefloors and home stations over the last half-decade. Doing quite an amazing job of unearthing little-known talents and promoting primal sounds from the fringes, Jules Peter has notably helped shed a broader light on artists such as Maoupa Mazzocchetti, S. English, Cienfuegos, Santiago and many more projects and acts.

A handful of months after the release of Eindkrak’s excellent sophomore album, ‘Brullend Staal‘, UP are about to pull off a great coup with the flaring debut 12″ of Erwan Sene – a rising voice emerging from the Parisian underground scene that you should quickly learn to acquaint yourself with. Comprised of five cuts ranging from downtempo basement churners to left-of-centre rhythmic experiments, through finely carved ambient-ish hybrids and passive-aggressive bassy creepers, it’s safe to say ‘I Heard You Laughing‘ has all the characteristics of a bloody masterstroke.

Lifted from the present EP, ‘Cold Onsen‘ encapsulates most of Sene’s vibrant palette of wilted flavours and contradictory feelings, ambiguous as a lover’s goodbye kiss after a long night of loving and dispute. The vibe of the track curiously reminisces of Cristobal Tapia de Veer’s wonky main theme from the Utopia show in both its rhythmic approach and playful arrangements, setting an oddball ghostly ambience akin to that of Delvaux’s nocturnal paintings, mixed with a further lush and pulsating battery of sonic elements – chimes, modem noises and all kinds of digital FXs, which make this cut a proper dazzling head-trip. Top-shelf ear material.

I Heard You Laughing is released via Unknown Precept on 6th August, pre-order a copy from Bandcamp.

Discover more about Sene and Unknown Precept on Inverted Audio.