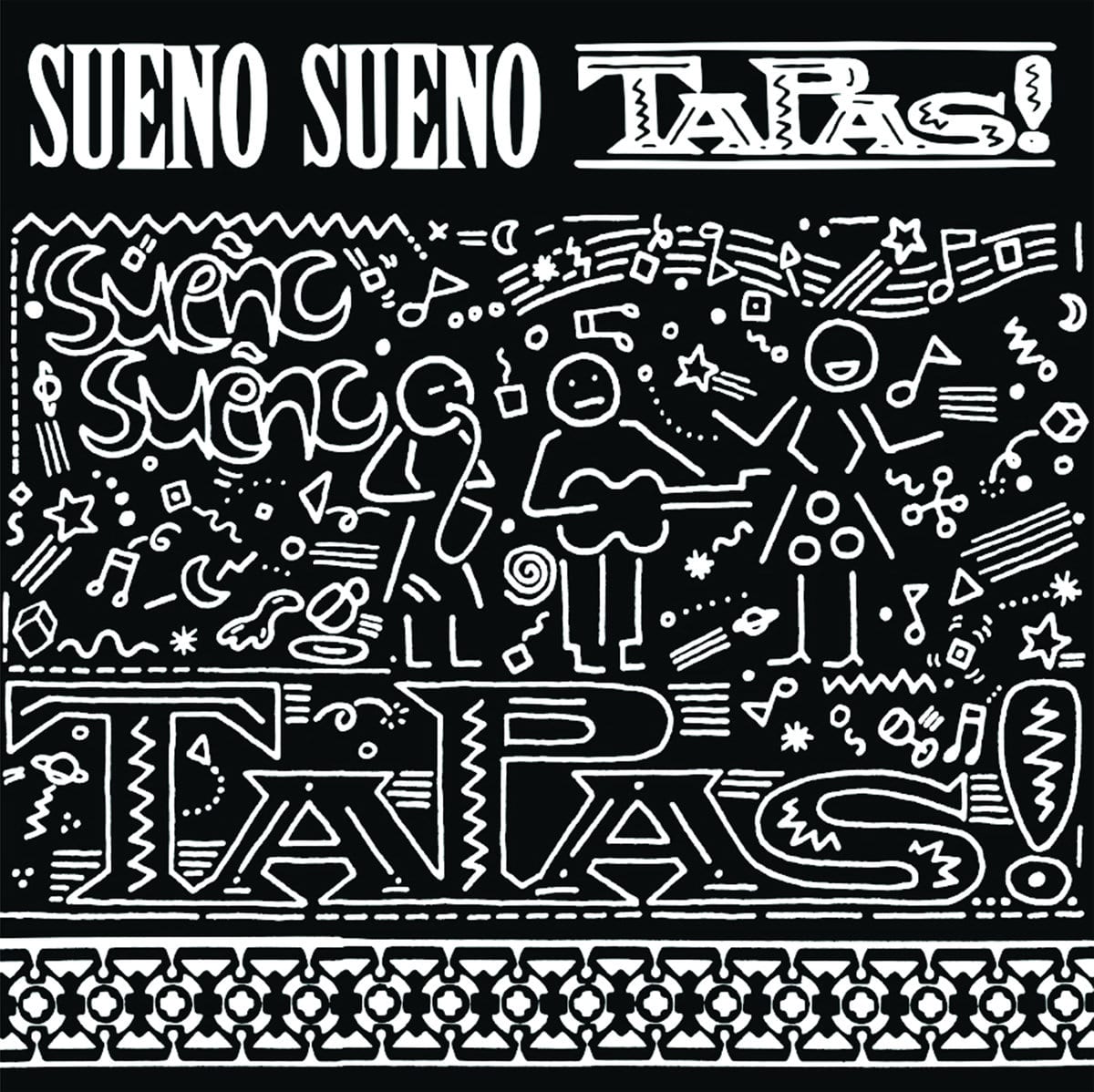 Kicked off earlier this year with the release of Onyx ‘Complete Works 1981-1983‘, the reissue branch of French imprint Mind Records is ready to set things back in motion with the anticipated repress of German experimental synth-pop act Sueno Sueno‘s highly sought-after tape, ‘Tapas‘. Originally issued in 1983 via Dutch label Ding Dong and very hard to come across ever since, the album’s transfer to the vinyl format marks Sueno Sueno’s first incursion in the black wax realm.

An immersive journey through fantasized Iberian soundscapes, jazzed-up synthpop sequences and a sense of post-13th Floor Elevators’ meets Jefferson Airplane psychedelia, ‘Tapas‘ is a strange object that plays on a large variety of scales and moods. Carried by eerily sensual female vocals that have more to do with witch-like incantations and siren songs than timid feminine whispers, a touch of esoteric eroticism exudes from Sueno Sueno’s compositions, as if you were invited to take part in a secret ritual ceremony on the outskirts of some murky woods with stoned nymphs for hosts.

Lifted from the record, our pick ‘Add Mosphere‘ encapsulates the greater part of the record’s troubled soul. Draped in a mesmeric jazz instrumental that Jon Hassell wouldn’t disown, the song glides languidly, like a poison drop dissolving in a glass of red wine, slowly but surely spreading its toxins as your mind begins to topple into a dizzying maelstrom of dancing colours and shapes. Let the slow-burning hypnosis begin, Sueno Sueno’s Dionysian soundtrack lands mid-January 2019.

Tapas is released via Mind Records on 15th January, pre-order a copy from Bandcamp.