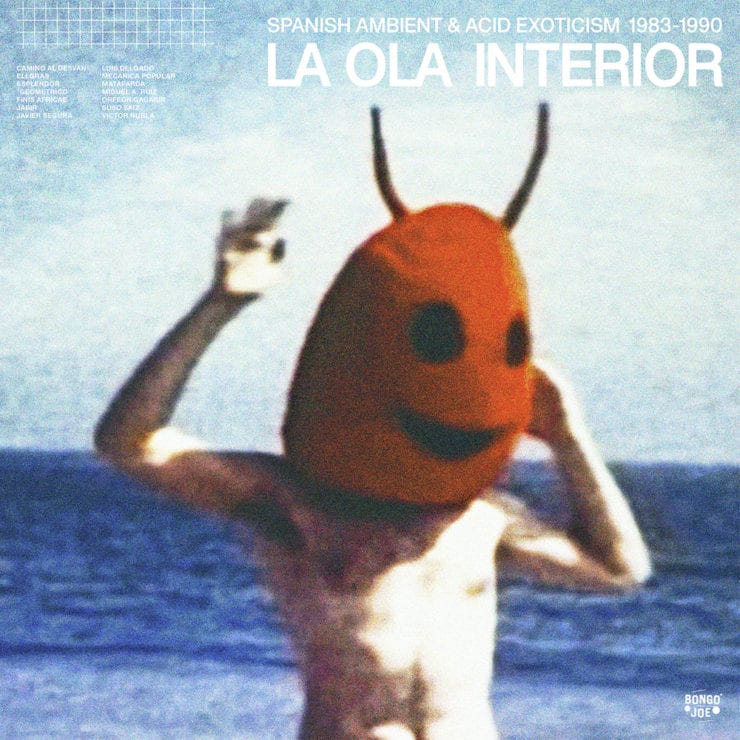 With a new 20 track compilation, Bongo Joe explore a fertile period in Spanish electronic experimentation, a time during which tape culture and exoticist themes fuelled an exciting underground scene.

On ‘OLA INTERIOR: Spanish Ambient & Acid Exoticism 1983-1990’, compiler Loïc Diaz Ronda wanted to document this moment and create a snapshot of musica discreta. The movement had some conceptual overlap with Brian Eno and Jon Hassell‘s ‘Fourth World’, which set out to merge first and third world aesthetics. Of course, today, these ideas invite greater scrutiny due to colonial associations. However, during this time, Eno and Hassell exerted an enormous influence on these Spanish musicians.

This release compiles music made by two sets of artists. The first were young, underground producers, constantly experimenting with new production techniques and often sampling African or Caribbean source material. Their approach was very DIY and informed by the movida countercultural movement.

The second group were hippies somewhat, many of whom felt marginalised by the punk attitudes of the movida. These musicians and producers tended to be older and have greater means. They too were interested in working with material from cultures outside of their own and, unlike the former group, often had the resources to travel and collect new instruments.

While many of the artists across the compilation are unknown entities, Suso Saiz’ work has been distributed and celebrated widely. With recent releases on Madrid’s Geometrik as well as three appearances on the ever-popular Music From Memory, Saiz position as one of Spain’s new age pioneers has been rightly noted. ‘Horizonte Paseo’, meaning horizon walk, is a fine example of the artist’s earlier work, the sound of shimmering mirage spotted in the distance. It’s heard here for the first time, a welcome dip in Saiz’ archives that hopefully introduces new listeners to his work and that of his contemporaries.