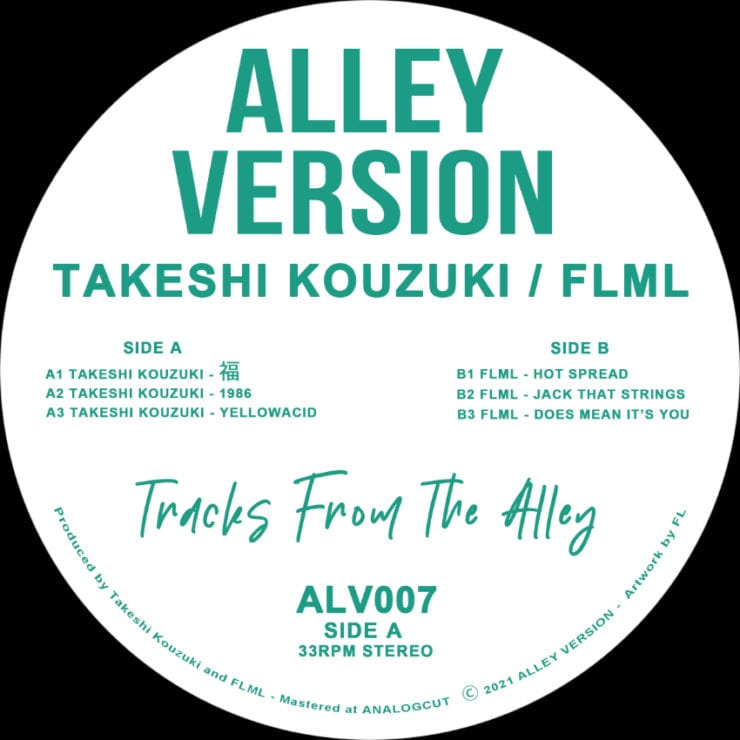 Takeshi Kouzuki runs a record label called Man Made Mechanical Culture. Although the label has only put out one release so far, the name gives us an inkling as to the kind of music Kouzuki is perhaps most interested in, that which explores the interplay of human and machine.

On ‘Tracks From The Alley’, a split release with Bologna’s FLML, Kouzuki pays homage to the acid house of the mid to late eighties, presenting three jacking, Roland-powered cuts. While the tracks here are faithful to the original acid house blueprint, there’s an added layer of modern studio polish. Our pick is ‘Yellowacid’, a track whose menacing rumble soon gives way to full-blown acid indulgence.

‘Tracks From The Alley’ is out now via ALLEY VERSION. Order a copy from Juno.