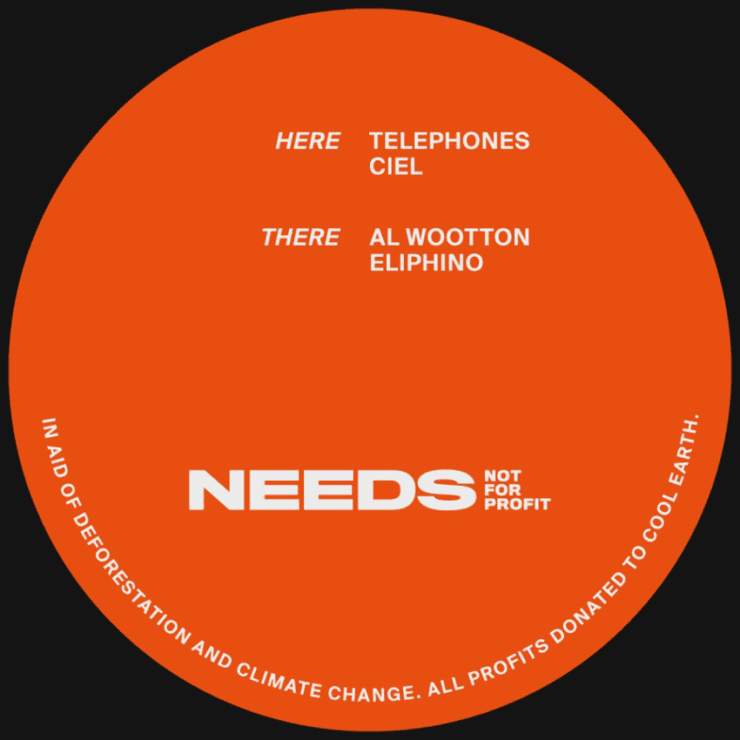 Not for profit imprint Needs return with another set of all star cast release where all profits are donated to charity. Co-ordinating with Earth Day (22 April 2020), April’s release is donating to Cool Earth – a UK based charity that works alongside rainforest communities to halt deforestation and its impact on climate change. Later this year, we will see a release in October that will be focusing on a mental health charity.

The featured artists in the series so far reads like a who’s who of on the pulse producers, with Eris Drew, Peggy Gou, Lord Of The Isles, and Juju & Jordash as examples. For the seventh release, Telephones, Ciel, Al Wotton and Eliphino cram the grooves with a selection of quality audio.

We’ve been privileged to run a premiere from this quartet, with Telephones ‘Groundshaker/Lightbreaker (Pulse Mix)’ being the chosen audio for your listening experience. Absolutely imbued with the spirit of Spring, the track is crammed full of hi-hats as crisp as a morning frost, dewy cosmic pads, and a deliciously classic house organ bassline. Absolutely perfect to shake off any confinement darkness you may be experiencing right now.

‘Needs 007’ is scheduled for release in both vinyl (6 April) and digital formats (20 April). Order a copy from Juno.