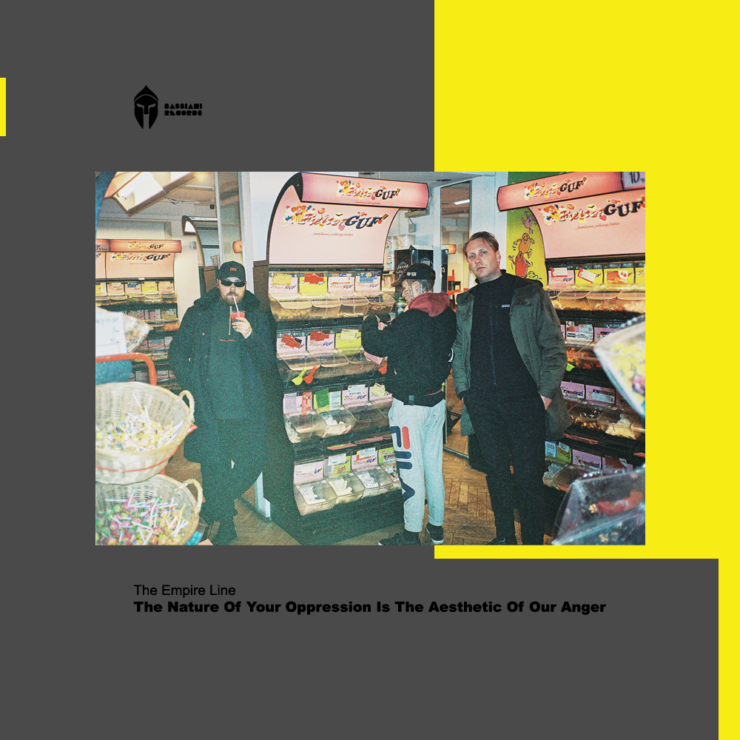 The release, “The Nature of Your Oppression is the Aesthetic of Our Anger”, is a clenched fist around a weaponised spray can, charged with a rightful anger and a message of resistance against state oppression – something which Bassiani, bastion of techno and club culture in Georgia, invaded by state police and threatened with closure in 2018 – is no stranger to.

‘Uniforms’, the ringleader of the 4 cuts, is powered by a punk/techno energy that writhes and punches against splintering restraints. Sirens and riot-ready recordings clamour in a blur of chaotic futurist grime. Isak’s vocals, more forcefully stated here than on any other Empire Line release to date, scour the midrange with a corrosive ferocity equal to that of your average Whitehouse classic: “This is our home; you’re not welcome, if you wear a uniform”.

The statement is no half-baked message, but although vitriol and contempt is a cornerstone of ‘Uniforms‘, comprehension rather than uninformed hatred form the backbone of the beast. We posed some questions to The Empire Line to get into the minds behind one of the most vocally political dance records in recent years: 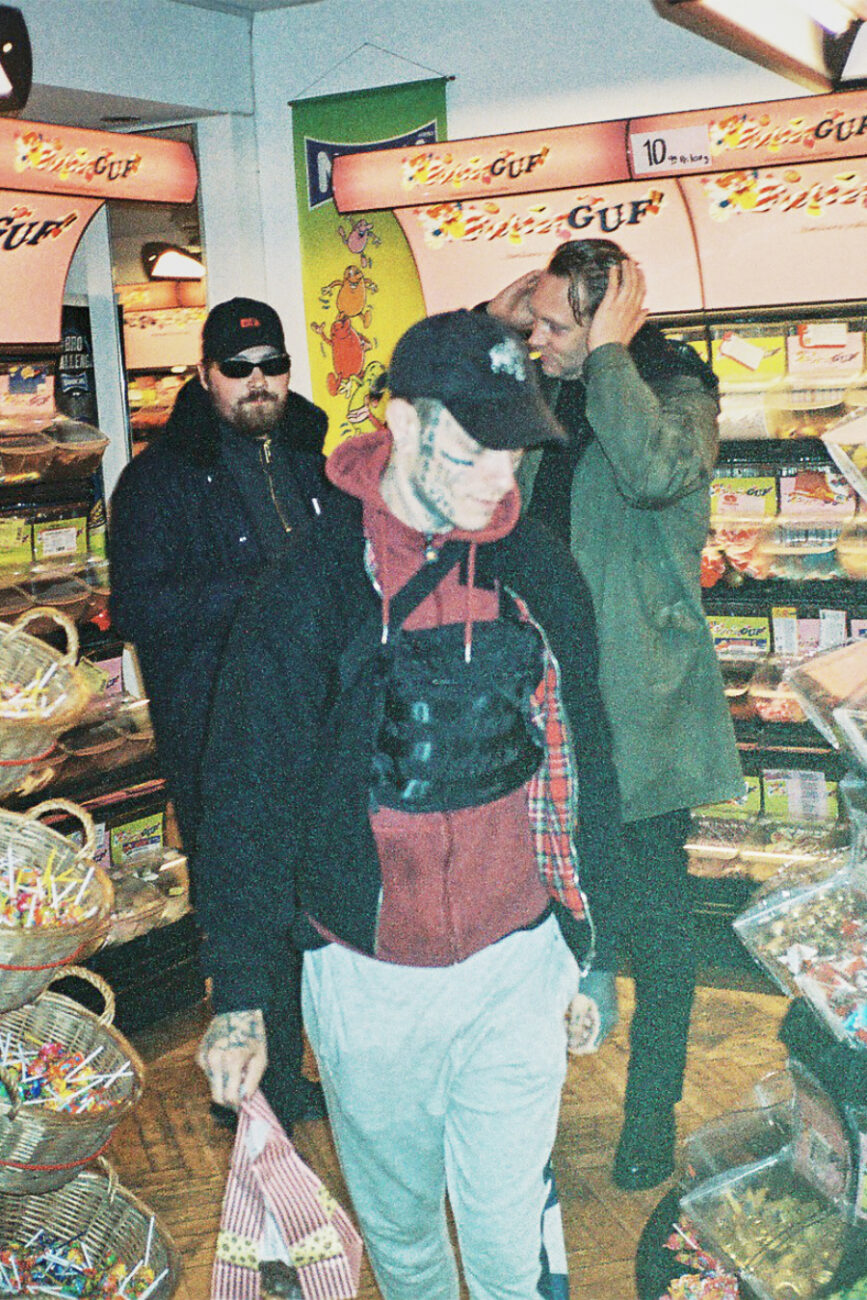 Uniforms has a powerful and clear message, and an obvious link to the dramatic invasion of Bassiani in 2018. Was that moment held in mind for this release on Bassiani’s label, or is the track a more general statement against state and private police worldwide?

You can say there are three overall events that affected this song:

What ties these events together is the use of the police as an ideological instrument that serves and protects agendas that has nothing to do with law and order for the life of ordinary people.

Dance music has always had ties with supporting minorities, from fighting the oppression of black people and against the suppression of queer spaces, and fundamentally fighting for the right to have parties and express oneself. Would you agree that the culture of fighting for these causes is somewhat reduced in recent years?

It’s a difficult question to answer. Because yes; club culture in Western Europe these days is to a large degree entertainment for the white middle class. No doubt about that. But both clubs and clubbers in these places preach respect for diversity different from the rest of the white hetero normality.

It does seem like clubbers are more tolerant people than many others. In that sense club culture does still make a difference on a larger scale. But of course, in a place like Georgia homosexuality is viewed upon as an abnormality by a large part of the population. In Russia it seems much worse.

Therefore the idea of “safer spaces” makes a lot of sense in these places. It would be a mistake to not view club cultures in many places outside Western Europe as a haven for the freedom of sexuality. Therefore; huge shoutout to everyone involved in the epic gay nights at Bassiani called Horoom Nights. True heroes in The Empire Book.

Club culture over the world seems perpetually under threat (most notably the announced closure of Griessmuehle to pave the way for new build apartments). What actions can we take, collectively, to fight against these closures?

First of all, the day the more progressive part of club culture is not under threat it has gotten too comfortable. Second, gentrification is a core strategy in urban capitalism. It seems almost impossible to stop. We wish we could just say that one should take democratic actions, but to be honest it’s difficult these days to believe that democracy serves anything but big business, including real estate.

There’s so much strife and battle against state brutality across the world at the moment. Can you share some causes you feel deserve more support?

In many places people are putting their life at risk for causes they believe in. Three white guys from a rather privileged part of the world with no specialised insight in the topic cannot be the judges of what deserves the most attention. But whoever you are, and wherever you are: If you are out there in the streets fighting for social justice and against state and money oppression; we have nothing but respect for you!

‘The Nature Of Your Oppression Is The Aesthetic Of Our Anger’ is scheduled for release 31 January via Bassiani. Order a copy from Kompakt.

1. Uniforms
2. No Prayers Will Help You Here
3. Daddy Issues
4. Spraypaint

Discover more about The Empire Line and Bassiani on Inverted Audio.