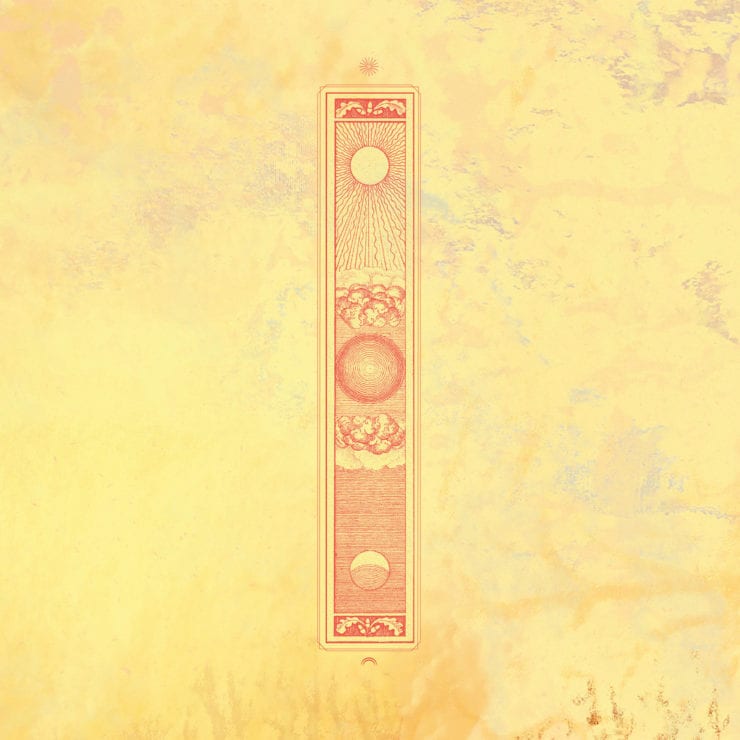 Despite carrying just a handful of releases between them, the pair are some of London’s most exciting musicians working within the field of sound art. Avsluta’s releases, particularly alongside David Toop on Cafe OTO’s TakuRoku, and her monthly Introspective Electronics show on Netil Radio, chart her progress mining greater understanding of the effects of sound. Duka, similarly, demonstrates a sharpness of mind in his sound design and mixes.

Despite a clearly academic approach to composition, ‘Taiyō‘ immediately lurches away from a lifeless or stale atmosphere that might be expected from clinical knowledge of sound. Steeped in ritual and rite across the album’s mysterious and vast tracks, Vādin’s debut is a timeless exploration of the overlap between the sensory world and the occult, pagan knowledge laying dormant in each of us.

‘The Forest‘ perhaps showcases this approach the best. Teetering on the brink of something like insanity, yet equally flush with rational and relatable experience, Avsluta’s shiver-inducing voice scrapes at the back of your mind, etching out an incomprehensible second-meaning, as if speaking directly to your unconsciousness.

The shuddering, cave-like echoing’s of the music pounds beside it, full of dark promise, catharsis, and lingering expectation. Full of self-contradiction, it is nonetheless describable by an unerring accuracy in composition: lightness and weight, glare and shadow coexisting within the same morphing shape.

‘Taiyō’ is scheduled for release 4 December via Utter. Order a copy from Bandcamp.