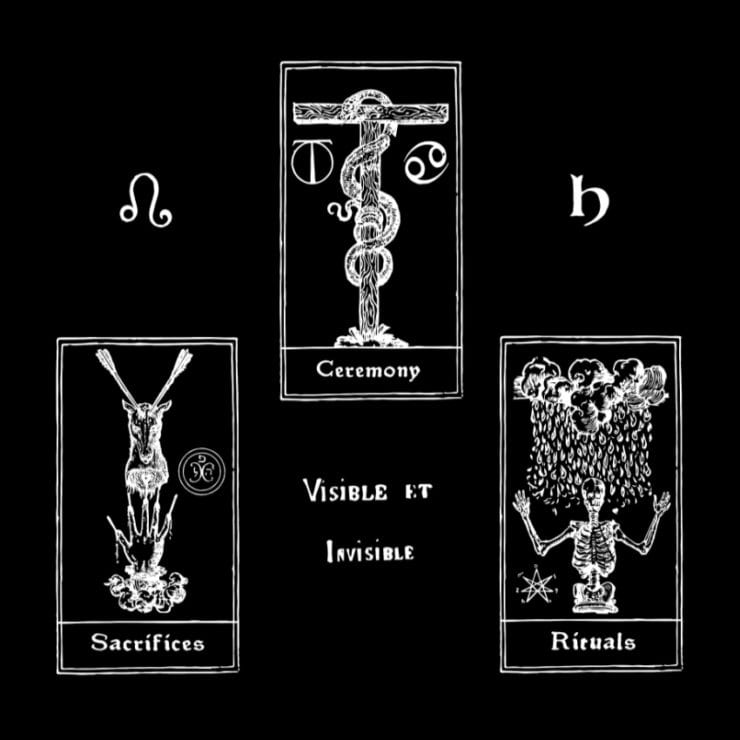 Brussels’ Raär prepares to release a mammoth 12-track debut album through their own label, Vaerel Records.  ‘Ceremony / Rituals / Sacrifices’ is named after it’s three movements, it contains musical input and collaboration from Trudge, Tauceti, and Sonhan.

The cultish evocations of the names are matched throughout in appropriate style by the music, which weaves across tempo and style from emotive techno, sparse drum and bass, and doom-tinged ambient and experimental.

Raär’s sound therefore appears as a kind of disembodied and unbiased one, untied to compositional specifics but holding a strong musical identity. Across the album, there is an exploration of the album’s narrative, which is rooted in darkness without falling back on weak affectations.

‘Ceremony II‘ drops initially into a familiar techno formula, but is not lesser for it. Raär guides the listener through careful attenuation of key, tasteful application of piano, and an ever-rolling beat. Ambient soundscapes swirl like a fog through the clear and defined percussion, marching the track along like a procession toward an altar.

‘Ceremony / Rituals / Sacrifices’ is scheduled for release 11 December via Vaerel Records. Order a copy from Bandcamp.