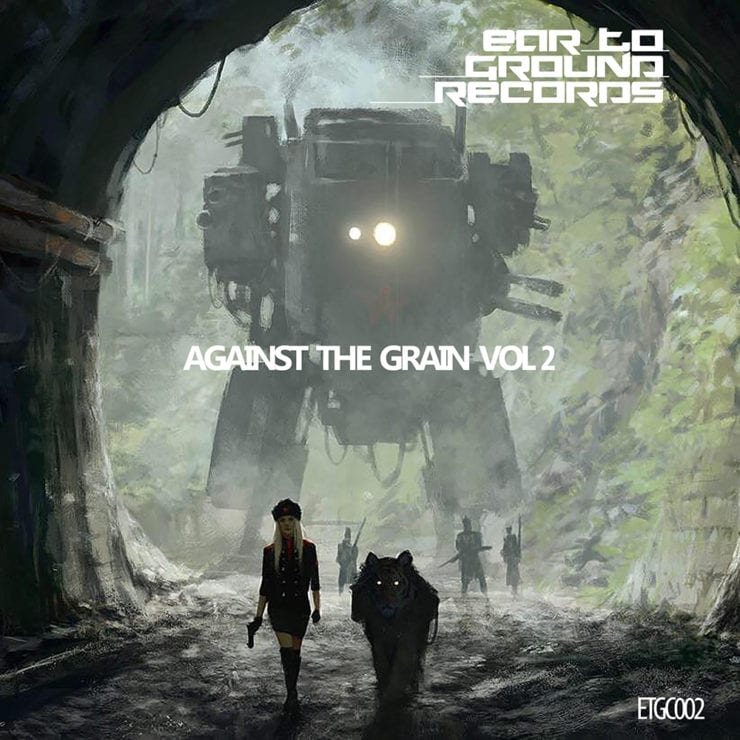 At a time when the words “business” and “techno” tend to come up together way too easily, the few niches carrying a more rebellious, nonconformist message make for a real breath of fresh air in the current landscape of electronic music.

That’s the case with today’s premiere, ‘Goddess‘, courtesy of FOLD co-founder Voicedrone, which features in EarToGround’s new compilation, ‘Against The Grain Vol. 2‘ – a ‘revolutionary anthem’ soaking with the same wildness and intensity that has been key to the ephemeral rise of London’s boldest new club, as was recently portrayed in our film Inside Fold, directed by Rebecca Salvadori.

Deluges of vicious bass and ankle-snapping breaks here do not target a mere re-creation of some classic ’90s jungle rave-themed atmosphere, but instead projects us in a far-from-peaceful dystopian future, similar to that of the cover’s painting. Resurfacing with fresh new material after a four-year hiatus, Voicedrone reaches his goal of setting the dancefloor up within an ominous sci-fi scenario where breakbeat is the people’s last and best weapon to fight off the oppression.

‘Against The Grain Vol. 2’ is scheduled for release 31 May 2019 via EarToGround. Order a copy from Bandcamp. Voicedrone performs at FOLD on 31 May with Afrodeutsche, Alienata, DJ Deep, London Modular Alliance. Event info here.

Discover more about Voicedrone and EarToGround Records on Inverted Audio.