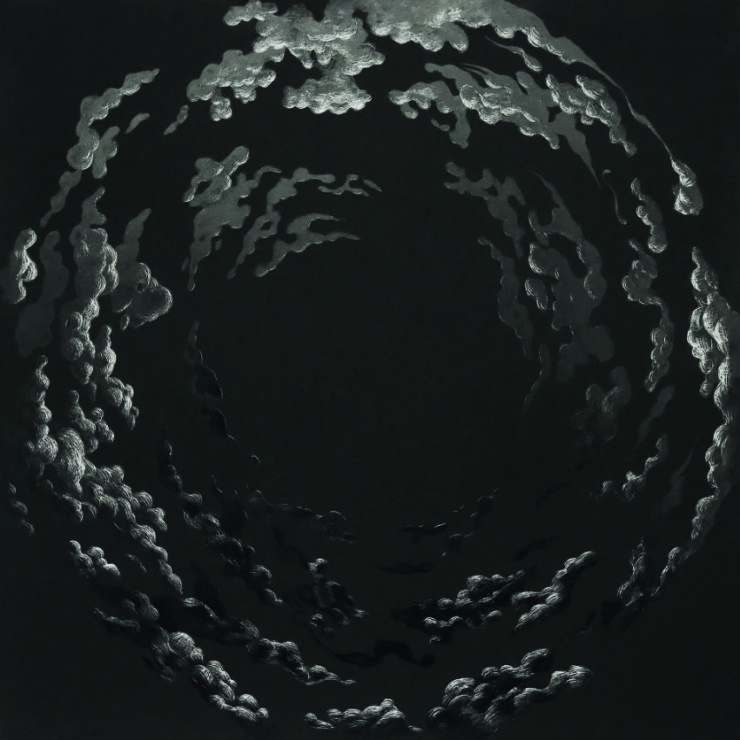 Last summer, Dutch label Traumgarten burst onto the scene with one of the most essential compilations of dance music of the year, loaded with goodies from the likes of Bergsonist, Anatolian Weapons and Glyn Maier. Now, the label rubs warmth back into the muscles, releasing Xingu Hill’s album ‘Strange Echoes 95 — 99′.

Xingu Hill, an alias of sonic wizard John Sellekaers, had released a handful of the tracks excavated on ‘Strange Echoes 95 — 99′ during the 90’s, albeit predominantly on the format of the era, the CD. Traumgarten have excavated the finest of the works conducted under the nickname, and lovingly render these to hi-quality wax decorated with dizzying artwork by Annemarie Slobbe.

It’s a fitting home for the restored music: despite Traumgarten being a fresh label, the ‘Flowers That Bloom At Midnight‘ compilation showed unerring taste and quality, the techy tracks drawn within a rough perimeter fence of slow, trance-like hybrid grooves, evocative of that 90’s movement of electronic exploration.

Sellekaer’s tracks here fit right at home with the previous category, even if he was treading that path decades before Traumgarten started their journey, but while tracks like ‘The Conquistador Closes His Eyes‘ sit closer to trip-hop than dance music, ‘Shockwave‘ is a half-heard echo of electro. Distortion and grit are foremost, laid over a relentless beat with iconic synth leads from the dystopic dreams of the 90’s underworld.

‘Strange Echoes 95 — 99′ is scheduled for release 28 June via Traumgarten. Order a copy from Bandcamp.