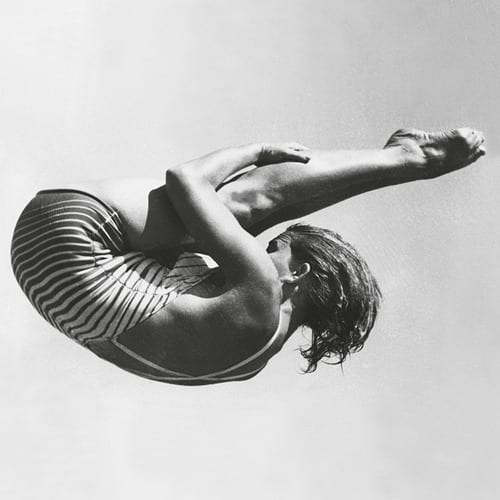 In 2011, UK-based producer Andy Stott rose to prominence with his strongly constructed, drone techno releases Passed Me By and We Stay Together. Both, without a doubt, deserved and achieved critical praise by blogs and publications across the net. Like his label peers Demdike Stare, Stott comes from the gritty industrial area of Manchester, which is unmistakably refected in his productions. His latest body of music is an 8 track LP called Luxury Problems, which was recorded over a period of 12 months.

The LP opens with ‘Numb’. The repetitive vocals of Alison Skidmore (Stott’s childhood piano teacher) echo through a wall of abrasive sub bass. Layered and looped together but essentially resonating a sense of vulnerability. Stott’s smooth production slowly builds up adding a wall of sound that engulfs you. Soon enough you start to notice the subtle yet thrilling changes that Stott has added to his production. A noticeable distinction is the use of haunting female vocals and incredibly well placed shifts in rhythm, a very common theme throughout. ‘Sleepless’ conjures up sounds reminiscent of Burial’s Untrue. Although as gritty and menacing as some of the songs might come across on this record an element of elegance and beauty still emerges from the depths. A sign that is well hinted simply by gazing at the album cover, a chaotic sense of freedom that leads into the unknown.

‘Up The Box’ possibly the clearest example of Stott’s progression changes narrative with an atmospheric field recording and a continuous high hat, which gradually builds up to a stampede of Drum & Bass drums. The track transports you from a fantasy world of dark witch techno into a subterranean dance floor and before you know it your released back into the darkness. Coincidentally or not the last track is entitled ‘Leaving’. A beautiful arrangement of voice and drone synth sounds that finishes the album on a dramatic note.

‘Luxury Problems’ is a talented and confident effort, an elegant progression of the genre. Perfectly ending the trilogy of releases by showing that new things can be done. As free and liberating as falling through mid air, not knowing if you will hurt yourself or fall gently into the cold water of a swimming pool. Proving that there is room for the unexpected in Techno.