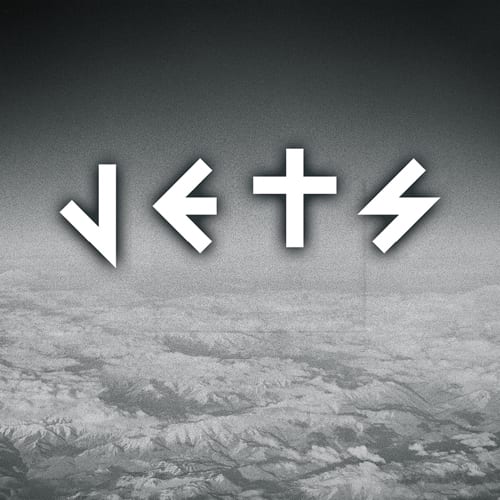 One of the most hotly anticipated collaborations of the year finally arrives as Jimmy Edgar (responsible for the funky sleaze odyssey Majenta) and Travis Stewart (aka Machinedrum producer of last year’s magnificent Room(s)), finally take their 12-year friendship to the next level on a collaborative release. The idea of two of dance music’s most distinctive voices teaming up may at first sound a little conceptually jarring, but the Jets project is assuredly greater than the sum of its parts, as the pair fuse their sounds into a breathless, colourful and contrasting four-track EP.

It kicks off with the powerful mission statement In Her City; where colourful synth stabs bounce on a bed of clicking percussion, before the tune takes off with a breezy, iridescent synthline and expertly manipulated vocals. Recalling Edgar’s flirting with IDM and pretty much all of Machinedrum’s output, these tunes never sit still; there’s a restless energy that means each track is constantly shifting and mutating, individual elements and colours jostling for attention without it ever feeling cluttered. Second track Sin Love With You hits a little harder; Stewart’s established technique of call-and-response between big synths and clipped vocals reigns free for the first half before a funky synthline that is all Edgar emerges later in the track. It’s the distinctiveness of the producers’ voices that make this such an exciting collaboration; you can hear each artist’s sound but the audible conversation between styles creates a fluid whole.

The precision that both producers have brought to the table in previous releases is present here but is never stifling, as these four cuts deftly tread the line between complex and spontaneous, giving out copious ear candy while always keeping a tight grip on those core grooves. Final cut Lock Lock Key is the most restless of the bunch, going through at least four distinct phases before finally settling into a warm, effortlessly classy and chilled final stretch. While these three tracks feel like the quality output of two distinct producers, its on the pacing standout Meu where we get a glimpse of a more exciting cohesion. Here the duo turn down the brightness for a kinetic workout that trades jukey rhythms with tight vocal-work and the late emergence of a showstopping synthline. The Jets EP is bright, explosive and consistently thrilling, and it should leave listeners hoping that this is only the beginning of this intensely fruitful collaboration.