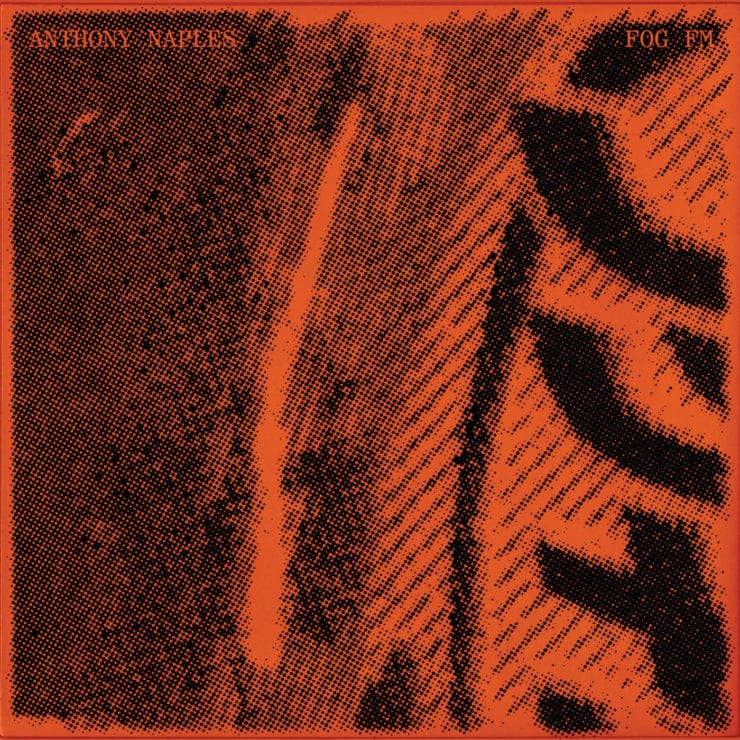 Given the irregular output of his own music in the past 2 years, alongside curating the fabulous output for Proibito and Incienso, labels which he co-runs, it appeared Anthony Naples was perhaps in production exile. Fortunately, the apparent exile appears to have been spent productively in the studio.

The NYC native has great taste in two aspects: he’s a known crate digger and has an ability to coagulate tough acid with the dreamy melancholy of DJ Sprinkles and your mum’s favourite disco during his sets. Second thing: he has already released some incredible music and given burgeoning producers a showcase through his labels (Beta Librae, Dj Python take a bow). In addition, he appears to be thoroughly humble & fun (check his Beats In Space guest appearances for more evidence). A combination of those elements may afford some insight into what inspires his own creativity in the studio.

In 2019, the producer has attempted to fill the Naples shaped hole you never knew you had; a succession of LPs. Firstly for Good Morning Tapes, and secondly ‘Fog FM‘ on his self-named ANS Incienso sub-label. Take me with you offered a follow up to those ambient mini-house excursions from ‘Body Pill‘; exploring late night mystique, emotive ambience and the lust for deeper explorations of inventive 3-minute tantalising house experiments like Miles.

ANS appears to be a home for Naples’ playfulness, experimentation and dancefloor opportunism. His ‘OTT/ZTL‘ EP showed more aggression, a theme that manifested itself in this LP. ‘Fog FM‘ seeks to exemplify the warm bubbling dubby transmissions with a refreshingly light take on techno. Whilst the usual powerful pause-for-breath interludes still appear in ‘Channel 2‘ and ‘Channel 3‘, there is more on offer here for the dancers as well as living room loungers. It won’t be labelled “peak time banger” but, thankfully, the release doesn’t forgo all the things that make Naples’ sound unique; bristling and shadowy house done very well.

Reading the release info it was clear it would be a record filled with static, reverb & echo amidst that trademark chunky house he’s pumped out over the years. ‘A.I.R.‘ uses micro-house instrumentation, a flat rim shot, wonky organ chords to open up the affair. ‘Purple Iris‘ is pumping. Seemingly trying to escape the shell of the mellower tracks it permits us to peek into the pulsating character of Naples’ techno; matched with Sci-fi bleeps this is a full-fat techno latte with real milk (no oat or soja in sight).

Affinity to the soulful NY house sound and to the wicked, synesthesia works of Huerco S. and his West Mineral pals, serve as guiding values to Naples’ craft. If you seek something for which he’s known best, then ‘I’ll Follow You‘ could be the answer with its warm keys, dreamy melodies, good ol’ kick drum. The not-quite-as-mental-as-SND clicks n’ cuts vibe help propel the track into full-blown sunshine mode; a track devoted to good vibes and surely making it’s way to a podcast or club near you soon.

Electroid, blitzkrieg pulses permeate the whole album and in the title track, Fog FM, heavily reverberating chords acknowledge a dubby reminiscence of the Chain Reaction heyday or some undiscovered killer DDS reissue. ‘Aftermath AM‘ brings a psychedelic and terrestrial 61 minutes to a close with some microfine hi-hats and dreamy long-forgotten Jan Jelinek style percussion. Although Fog FM is not quite “arms in the air”, take your shirt off ecstasy, it is something a little bit offbeat and unique. And that’s probably why Naples is here to stay.

‘Fog FM’ is out now in vinyl and digital formats via ANS. Order a copy from Bandcamp.

Discover more about Anthony Naples and ANS on Inverted Audio.