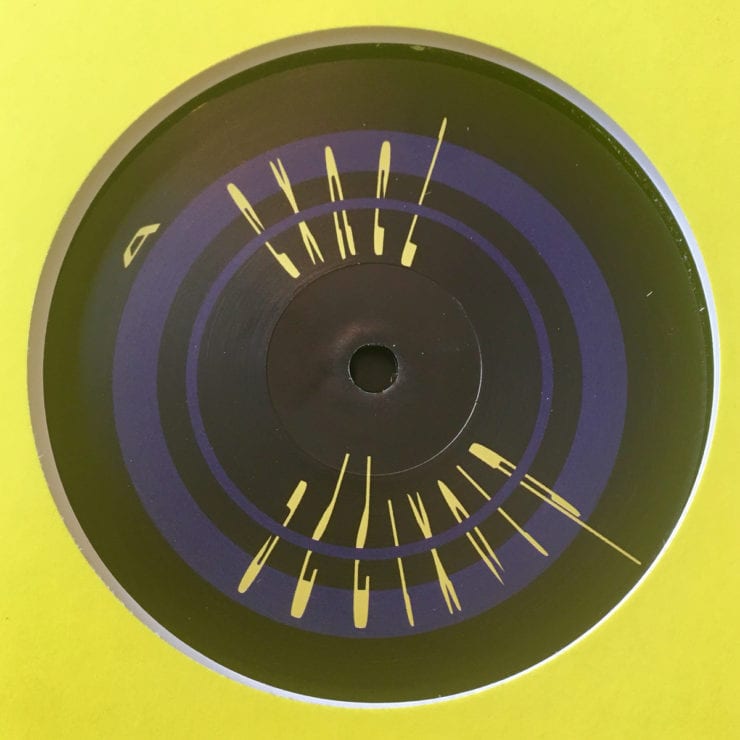 ‘Rond’ opens up with a deep sub drone beneath a blanket of cold static in a scathing stereo field. Multidirectional voltage fluctuations tear at the fabric of reality as a muffled kick and some erratic percussion clicks gradually coalesce into a skittering techno pattern.

Up next is the title track which is slightly more straightforward, rhythmically at least. Ceramic pops and detuned pads fade in and out while some not so subtle side-chaining provides the occasional pump fake to keep you on your toes. The end result is a study in advanced hauntology, worthy of an honorary degree from Hazyville University.

The ‘Untitled‘ third track goes full dub techno. Think Basic Channel at their weirdest and fastest. Frenetic wavetable stabs trigger a chain reaction that results in the occasional burst of cold fusion hi hats. Track titles and other such signifiers have no use here as we come face to face with the overwhelming complexity of post-algorhythmic modernity.

Over on the B side ‘Cyl Reedit’ is pure scorched earth electro. Caustic bass drips onto a slamming 909 pattern birthed from primordial sludge. Perfect peak-time bog jams. ‘Weld’ takes a sharp turn into some harsher electronics. Functions generate and degenerate spontaneously in a pile of glowing e-waste clocked by a broken microwave running Max/MSP.

The final track ‘Coai3‘ is more understated but no less interesting. Grainy pseudo-snares sputter in vaguely Euclidean patterns. Uneven polyrhythms of kick and cymbal-like sounds sneak in and phase past each other in a loose arrangement. Temporality stretches and eventually disintegrates into a pre-conceptual cloud of pure data.

‘Dioxippe’ is out now on XPQ?, order a copy from Boomkat.