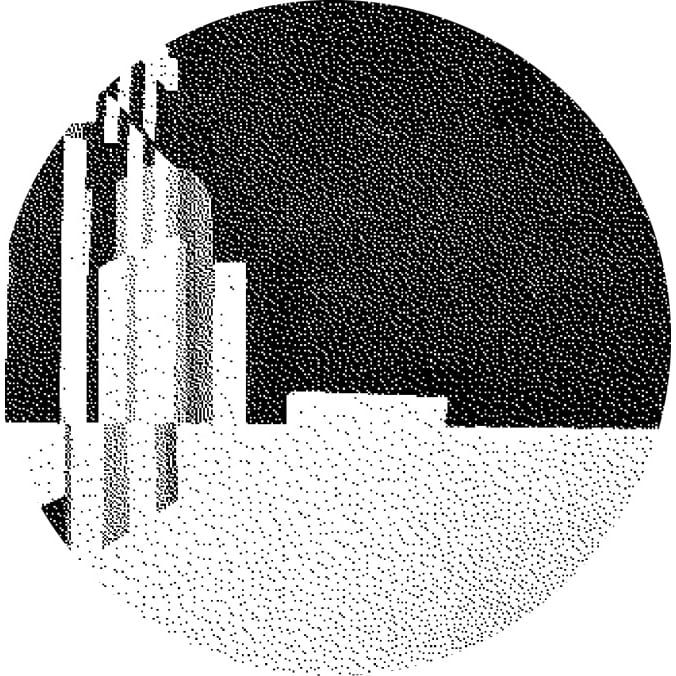 After Anthony Naples emerged last year with anthemic disco cut Mad Disrespect on Mister Saturday Night, it remained to be seen whether the Brookylnite’s talent would extend beyond one smash hit. Over the course of 2013 Naples has exceeded even the highest expectations, displaying a natural talent for DIY grooves and lustrous melodies. El Portal was great, but his crowning achievement to date is undoubtedly the sublime Ill Still EP, which contained three leftfield house jams which each rank among the year’s very best. Yet in Naples’ work to date there remains an unsettled tension (the germ of many an artist’s most engaging material): on the likes of Moscato B we heard an untapped toughness to his drums, while the short ambient/ beat-sketches at the end of Faceless, I Don’t See Them and El Portal hinted at an artist straying towards longer, more experimental song structures. These hints of a stylistic shift are realised on P O T, Naples’ first release on his minty fresh Proibito imprint, where two ten-minute cuts take a metamorphic approach to lo-fi house.

Both sides of the single follow a similar track – a bumpin’ house groove dominates the first movement, followed by a clean break into a synth-fed slice of ambience. Side A is an instant hit, an unadorned thump supporting a set of sensuous looped vocals and an insistent synth whir. There’s an abrasive quality to the distorted kicks and rude melodies which Naples wears with style, yet it’s the sudden turn to new-age synth work in the track’s final minutes which really confirm its success, as a blissful melody unfurls patiently, its eyes turned towards the eternal. Side B is no less successful, taking longer to unravel its spacious groove, metallic percussion underpinning glistering synths and a bold bassline. It’s a finely drawn exercise in drum programming, and as the beats are eaten away by static another radiant melody takes hold, its buoyant high notes twinned with broad, dubby stabs and a metronomic beat which fades out as suddenly as it arrived. Naples’ year has been a rare case of success after success, and all for one simple reason: the boy’s got talent to spare. His willingness to stretch out and experiment has resulted in another essential release in an increasingly enviable catalogue, leaving us eager to hear what he pulls out of the bag next.