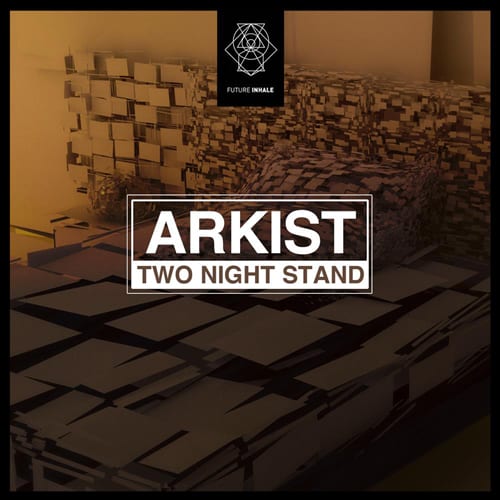 It’s been a while since anything from Arkist has graced our ears. One of the more versatile artists working today, the Bristolian producer’s music has featured for the likes of Hotflush, Apple Pips and Deca Rhythm in the past. Two Night Stand makes it out on Inhale, the Belgian label responsible for releases from Tanka and Magnum.

Arkist’s latest is a polarized release, at least on the surface. On the one hand stands A-Side ‘Two Night Stand’, an unabashed blend of house and garage. Playful, honest and unpretentious, the EPs title track signals yet another promising step in Arkists already varied output. It’s not as immediately striking as ‘Vanilla Intimate’, for example, the rumbling tenacity of the bass swapped for a more frenetic, feathery approach. However, ‘Two Night Stand’ is an effort that definitely captures the pure joyfulness characterized by UKG in it’s heyday – it’s glossy, colourful rhythms reminding you why you fell in love with this kind of music in the first place.

On the flip, ‘Spiderdrudge’ is an altogether more curious affair – a raw, beaten down techno track fit for warehouse consumption. Compared to the carefree attitude of its predecessor it certainly seems like a significant switch, aesthetically speaking at least. Under the surface, however, the same undying energy that ‘Two Night Stand’ projects is there – a vibrancy that is perfectly attuned to the dance-floor remains. Gatekeeper is on the remix, and injects some more tension and unease into ‘Spiderdrudge’, morphing it into a syncopated, minimalistic affair.