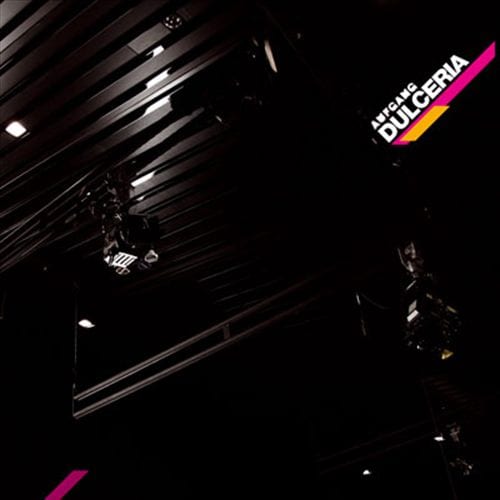 Aufgang are a three man band from France made up of Francesco Tristano, Rami Khalifé and Aymeric Westrich. They are signed to the French label InFiné, headed up by Agoria aka Sebastian Devaud who’s responsible for Lyon’s Nuits Sonores Festival, as well as the latest Balance 16 mix CD. As I said Aufgang are a band, so their music is essentially composed organically. Something which if you look at the tracklist of this remix EP you may find surprising.

Before I start discussing their latest release, let me highlight the circumstances of how the band ‘Aufgang’ came to surface amidst the heat of Barcelona’s legendary Sonar festival in 2005. Words courtesy of InFine records:

“Francesco was playing a recital at an event in an art gallery in Barcelona when Jeff Mills turned-up with the booker for the Sonar Festival. At the end of the show, Rami joined Francesco for an unbridled interpretation of The Bells. Jeff Mills loved it and the Sonar Festival booker got to work… On the day of the show and after rehearsing non-stop for five nights the trio delivered an explosive performance and won over the crowd of connoisseurs. The adventure continued from then on.”

Maybe fate was on their side, or Francesco, Rami and Aymeric just happened to be in the right place at the right time, nonethelesss it’s clearly a circumstance that has aided the formulation of their current position.

Aufgang‘s ‘Dulceria’ EP offers up three alternative version to their excellent orginal version. Honestly have a listen to the orginal, it’s a 100% feel good, feet tapping the floor kind of tune, with enough energy in it for any party. Personally the final 2 minuite grand piano solo is what I like about this song, and is always refreshing to hear.

First up on remix duty is Chris Clark. Clark employs a sound that is clodely akin to Minologue or Cobblestone Jazz sound palette, however, like with most of Clarks compositions, it starts to get really interesting in the final 2 minuits of the songs as he transforms it into a distorted soundscape. If your new to Clark, trust me go check out his discography, especially ‘Ted’ you won’t regret it.

Originally from Tokyo but relocated to Berlin, Akiko Kiyama has previously released a fistful of remarkable EPs for Jay Haze`s Contexterrior. Akiko collected within 6 minutes some eastern and minimal flavours, while keeping the best piano parts to the song.

The other side of M83, now associated to Christophe Guerin within Team Ghost has made a significant appearance with a dreamy EP for Sonic Cathedral. Hands up in the air and eyes-closed, the duo transports “Good Generation” to ethereal and pastoral soundscapes. This is one to close your eyes to.

All in all, Aufgang‘s ‘Dulceria‘ EP is an absolute delight, offereing the four excellent tracks, go check it out!