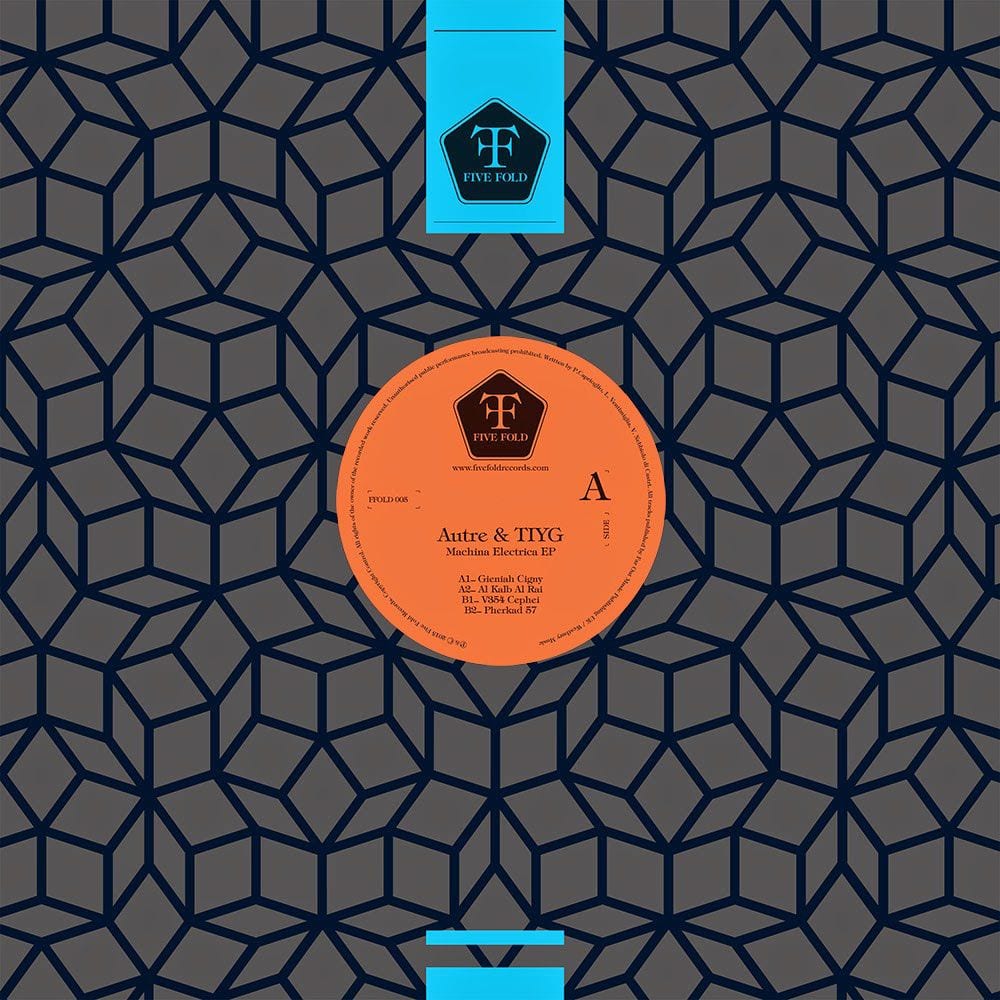 In its own words, Five Fold is a label “founded on the principle of releasing quality dance music free from genre and tempo constraints.” Conceived as a division of Brazilian music specialists Far Out Recordings in late 2013, the few releases in its recent lifespan has brought some tidy work from AD Bourke and Dokta Venom, along with aesthetic heavy on use of hardware, rather than a sample based approach.

Five Fold’s fifth release presents the teaming of Autre & TIYG. A couple of house-heads hailing not from Chicago, nor Berlin, but Venice of all places. Their debut is a straight and to the point deep house jam. It jumps straight in at the first bar, and doesn’t let its energy cease until the needle slips off the platter at the end. This approach fits in the same vein as AD Bourke’s previous releases on Five Fold. Perhaps an identity is starting to emerge for this young label as a useful arsenal of DJ tools.

A close call, but the B side edges it on this EP. Final track Pherkad 57 thrives on the noodling bassline that never locks into a loop, along with the heavy duty drum machines that loads the duration of this Opus with muscle. Such a full palate of sound and vigour is built up that it’s difficult to believe the track ends when it does.

It’s worth also giving a nod to Head of Hydrus, a track not included on the vinyl pressing, but offered as a free download. This one offers a lighter variety to those offered on the EP. Supporting the beat are subtle drones and a glimmering lucid synth that tucks in as the backbone of the track. It certainly stakes a claim to have made it onto the wax.

As a day-to-day listen there’s little on offer here, it’s definitely one in the “for club purposes only” category. It doesn’t boast originality either but it’s a categorically honest piece of loud house that will keep you moving. The future looks bright for the newbies Autre & TIYG.

Machina Electra EP is out now on Five Fold, order a vinyl copy from Kudos.