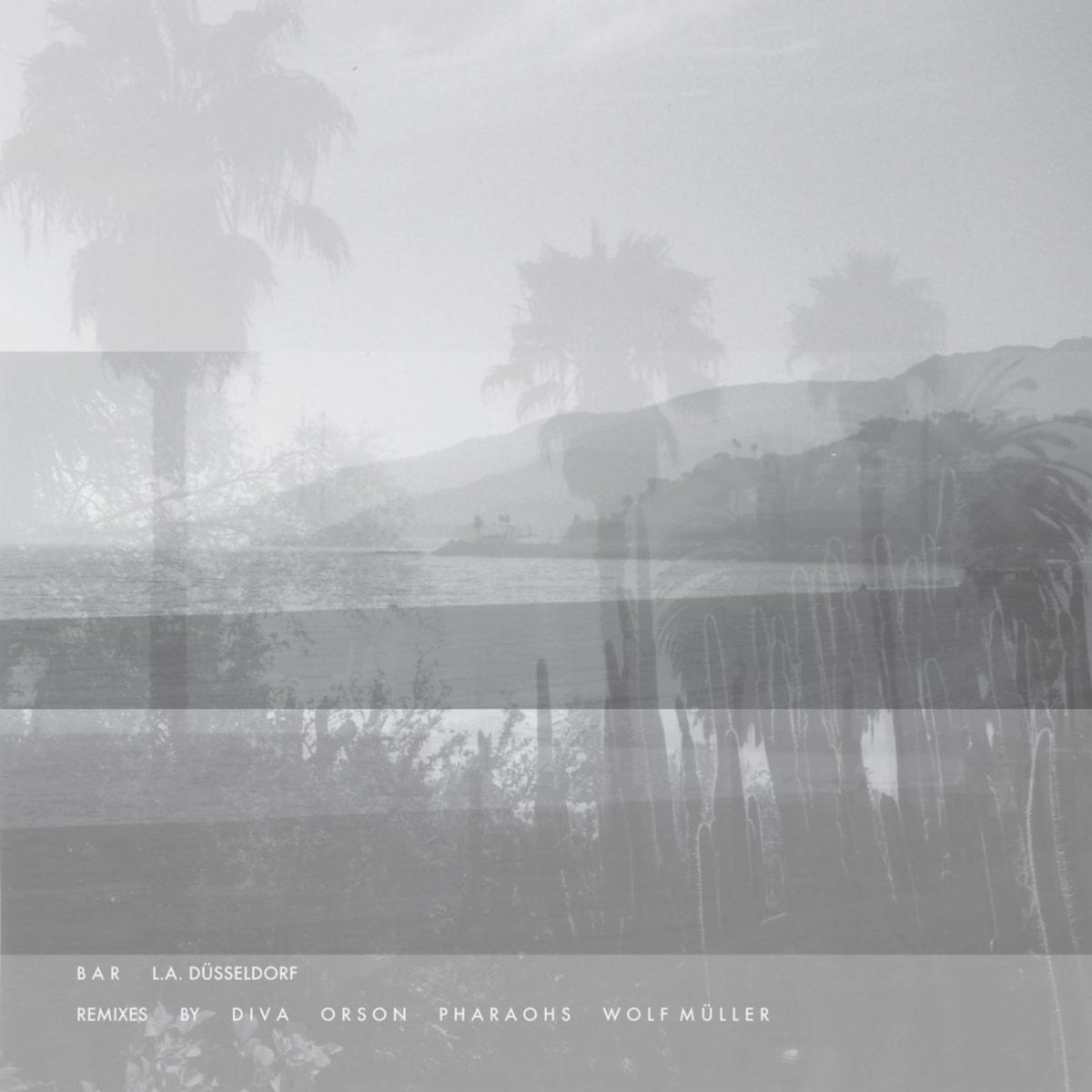 Back in the Summer of 2014, Düsseldorf-based duo BAR (aka Stabil Elite’s Lucas Croon and Christina Irrgang) released their debut long player ‘Welcome to BAR‘, a beguiling seven-track slab brewing mellifluous kraut tropes with heliotropic synth-pop in a fragile – road movie style, black and white scenario. And to say the least, not only did this first album stand out for itself but also felt like the ideal launchpad to a worthwhile re-reading session that’s now taken shape.

First in line is Wolf Müller‘s rework of the LP closing track ‘BAR Theme‘. Playful as ever, the Salon des Amateurs regular dishes out the most blithely seductive and least calculable reinterpretation of the batch, displaying his signature Afrobeat’isms through well-chosen xylophone rides and wood-block sequences whilst theremin-like synthetic undulations ripple from an octave to the next as if sledging on some sensuous goddess’ curves. Schulte on surefire mode.

In the meantime, Orson‘s version of ‘Dexy’s Alrobe‘ is going in with a different approach: dressing Croon’s – or is it Damon Albarn?! – voice in a mix of fleshy reverbs and bashing snares, the track exudes a stoned bassy flavour that makes you travel from Bristol to Kingston nonstop with a stupid smile on the face. One thing’s sure, Italic did a proper good job in casting their remixers, shedding a fresh new light on an album that feels just as tasty as in its early hours.

L.A. Düsseldorf is out now, order a vinyl copy from the label’s webshop.

Discover more about BAR and Italic on Inverted Audio.