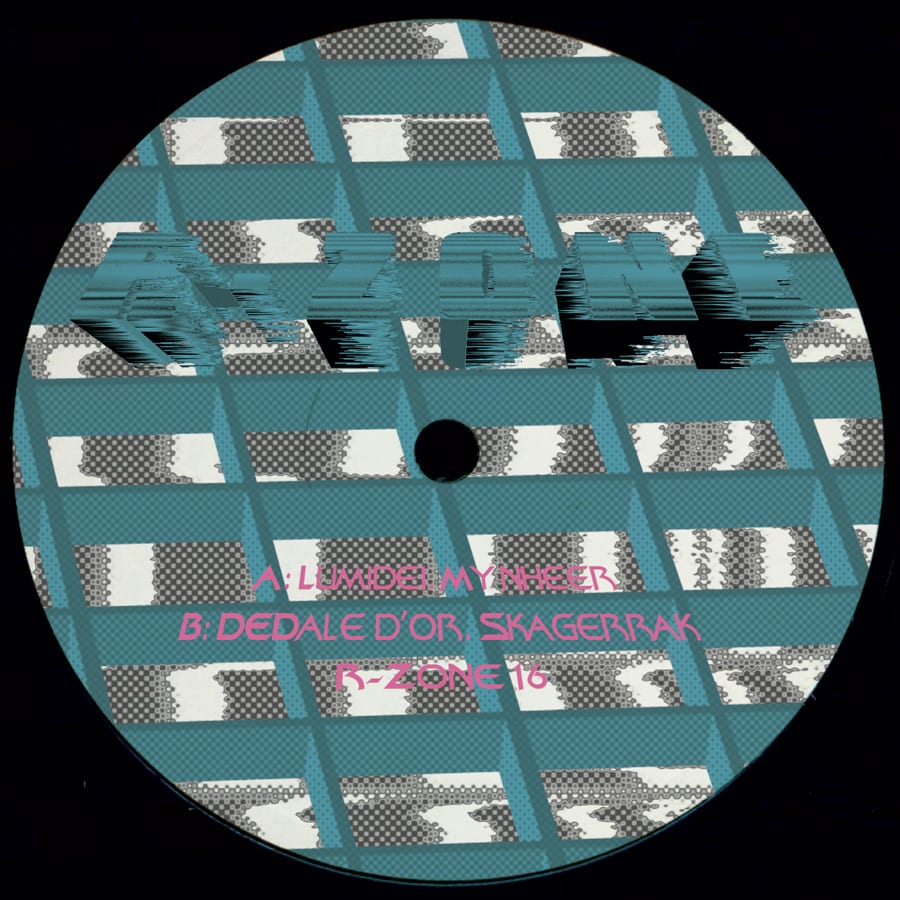 The advent of the anonymous R-Zone series was a perfect storm. As the music scene had pushed itself forwards into a series of cul-de-sacs, a rising population of new and old names began a roots revival movement. Eighties and nineties house have found themselves thoroughly plundered with a wry eye cast over rave on the side.

The early R-Zone releases were rife with this knowing look back over the shoulder, wearing its inspiration on its sleeve. However, in recent times as double figures were reached, the releases have become less obvious with more diverse inspirations swirled into a heady brew, touching on heady progressive trance and swirling ambience in places. It is undeniably retro yet the output is such that could only ever be achieved with the distance of hindsight.

Embodying this sentiment is the sixteenth entry in the series. With artist names redacted, the four tracks stand tall under bare scrutiny, their inspirations can be sourced but are never obvious in their application. The “huh!” break in ‘Mynheer’ will have you rushing off to whosampled to trace it and the dive bombing bass drop will have you throwing back into rave footwork, yet there is a crispness in production, weaving in the spiderish intricacy of electro and the distinct fever of recent bass music phenomenon, all of which only comes from contemporary observation.

While the playful nature of the earlier R-Zone entries is dialled back on, it’s far from a dusty history lesson; dystopian eighties sci-fi melodies thread through the military EBM march of ‘Skagerrak; and the melancholic acid flecked opener ‘Lumidei‘, and the daybreak optimism of ‘Dèdale D’or’ is well anchored by the steel forged percussion. There is a sense that R-Zone is continuing to mature where it could have embraced a niche, flourished and withered, resulting in a label that is now consistently surprising and enthralling with each new release.

R-Zone 16 is released on 26th February 2016, order a copy directly from the R-Zone Bandcamp.