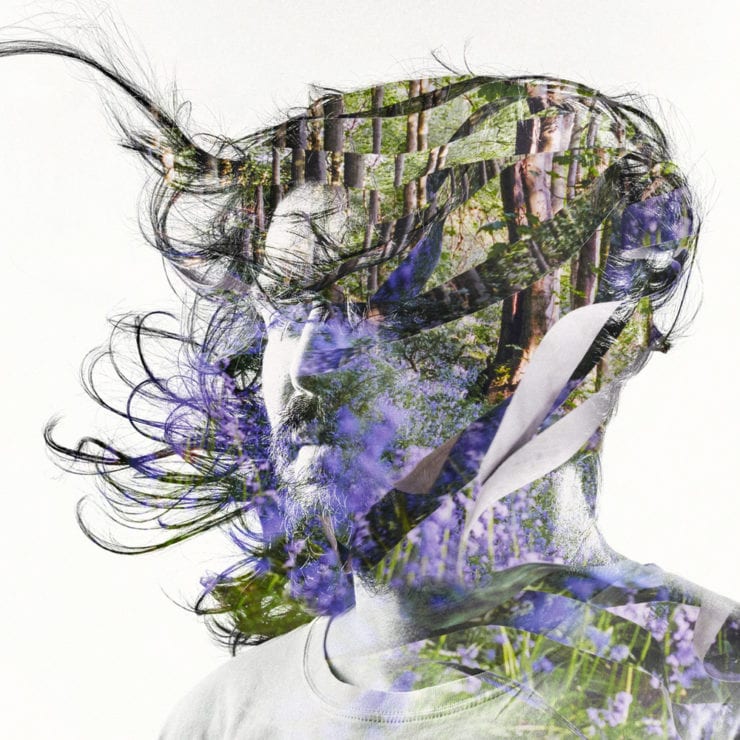 Many artists evolve and develop throughout their career, responding to varied influence and changing circumstance, refining their methods and moving gradually closer towards the fundamental ideas they’ve been trying to express all along. In a sense, Stephen Wilkinson is one of these artists: his recorded output has leapt from tape-warped minimalist ambience to sprightly folk-pop while taking worthwhile detours into tempi suggestive of house and hip-hop, playfully exploring a spectrum of sounds and colours bound together by a handful of essential themes and techniques.

This variegated approach should come as no surprise, though: this is an artist who holds the twin achievements of releasing one of 2018’s most critically acclaimed, experimentally adventurous ambient records, and writing an instantly accessible guitar-pop gem so universally appealing that it was licensed for an Amazon Kindle commercial.

Though he’s undoubtedly ventured through varied musical landscapes and toyed with unexpected ideas, Bibio’s discography is in fact nothing if not coherent. Over ten albums and countless EPs, he’s managed to forge a singular sound that’s remained consistent not because it repeats itself, or adheres to conventions of style or genre, but because it’s founded upon a distinct musical vision that’s manifest in every note. Whether he’s plucking ecstatic indie-folk or warping sorrowful drones, you can plainly hear his sonic identity, a sound that somehow inhabits music of soaring joy, playful lightness and enigmatic depth with equal presence.

Bibio’s tenth album, ‘Ribbons‘, is no exception to this rule. The record journeys between the sweetly wistful dream-folk that he perfected on ‘A Mineral Love’, funked-out pop marvels that rival Tame Impala, and pitch-shifted electronica that wouldn’t sound amiss on a Holy Other EP, while making room for more of the maudlin solo guitar vignettes with which he made his name.

There are a few reasons why such a varied assortment of ideas might cohere so readily; and its due in no small part to the warm, glowing, analogue fuzz that subtly coats every instrument he records, the instantly recognisable sound of magnetic tape that’s defined his music throughout his career. Yet it’s the subtle shades of emotion and feeling that these sixteen songs share that most tightly binds them, tying the record together with ribbons of tender melancholy and fragile hope.

Opening the album with a pensive guitar motif set against the solitary twitter of birdsong, Bibio paints a pastoral landscape that the record’s remainder lives inside. His music has always been tied to a sense of place, created as a response to his environment – he’s stated that his early works were inspired by a desire to escape the grey metropolis and find solace in England’s countryside, and the tranquil landscape of this verdant island has profoundly influenced his work in a way that’s not difficult to discern. Along with direct references – track titles, lyrics, album art, the faint sound of church bells and bubbling streams – there’s subtler evocations, in the record’s free-flowing lyricism, and in Wilkinson’s distinctive guitar playing, so reminiscent of another English pastoral romanticist, Nick Drake.

Bibio’s music has always been centred around the guitar, and when he’s not transforming its tones into abstract shapes through electronic manipulation, he’s plucking spirited melodies out of thin air, twirling arpeggios that cascade from his fingers as lyrically as any sweetly sung vocal phrase.

There’s an effortlessly graceful sense of movement to his playing that never fails to elicit wonder, and it’s this talent that lies behind some of Ribbons’ finest moments: the finger-picked curlicues of “Ode to a Nuthatch”, the downcast refrains of “Valley Wulf”, or the record’s lead single, “Curls”, in which Wilkinson lets spirals of notes freely unspool from his guitar as he sings about faint memories, summoning indistinct images of yellow sodium lights, and the curl of a lover’s hair.

Ribbons and curls, birds and flowers, patchouli, frankincense and a lone ash tree: Bibio’s tenth album is a collection of pretty things, a box of treasures and faded photographs that softly trace the outlines of a rare and precious musical vision.