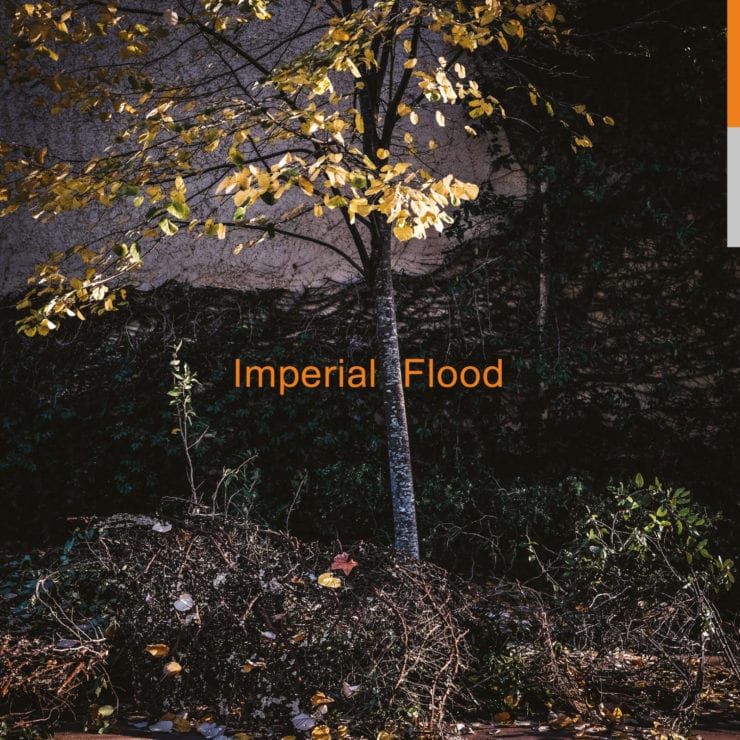 Returning from ‘Cold Mission‘ — or perhaps venturing deeper — Logos hits the same chords on ‘Imperial Flood‘ whilst playing from a consistently fresh perspective. Whilst his debut album cast an impish backwards glance at the club tropes of its time, ‘Imperial Flood‘ is rooted in a pensive reflection on modern malaise and dystopian futures.

Logos struck hearts and minds with his debut album on Keysound, splicing icy passive moments with flurried stabs and percussion reminiscent of grime, but wildly different and exciting. Along with output from contemporaries Wen and established buddy-in-arms Mumdance, heads were turned and feathers were well-shaken.

‘Cold Mission‘ remains to this day an exhilarating and unpredictable ride, due to Logos’ ability to unshackle his music from typical groove-focussed dance music to create something entirely unique; one moment peaceful enough for home listening, the next setting the ravers’ teeth yet more on edge.

Recorded over a 3-year period his new album is “an exploration of dark and altered pastoral material” inspired by the East of England’s coalescent agricultural expanse, and authors such as VanderMeer, whose most popular books recently became film in the form of “Annihilation”, a mysterious tale in which nature is ground up and spat out by something very different — a notable and poignant influence when we understand Logos’ intentions with the album.

Over the course of nine bleak tracks ‘Imperial Flood‘ carves something of a tense horror mystery, Lovecraftian in patient deliberation and exact timing of mad revelation. Each track (excepting the overstated heavy-weight Mumdance collaboration) is poised at the precipice of being club-ready, yet slyly avoiding it. One little nudge would be enough: this LP is a weapon in the hands of a shrewd DJ, but an enigma to a less-capable one.

Case in point: A-side is bereft of a “club trak” – ‘Arrival’ drops in with a start, foghorn sweeps, clattering snares and the bass stabs which earned Logos his first early chevrons all present but ‘Marsh Lantern’ scatters over-keen anticipatory dancers with swirling, heady spirals and a precise and intelligent application of silence. ‘Flash Forward’ tumbles out of the starter gates, a mutant slime-creature with plenty of swagger and blatant potential as a mixing tool, but despite first appearances, a surprisingly toothless maw.

Closing the side, ‘Omega Point‘ distills the brooding murk to the finest point to be found on the album, all “drums in the deep”, cawing murders and visions of stark dead trees with clawing fingers pointing to a winter’s sky: this is all promptly kicked in the head with a steel toe-cap on flipping the wax.

Different Circles is a two-man affair after all, and perhaps it would have been amiss for Mumdance not to rear his head alongside his long-term production pal. What the pair turn in on ‘Zoned In’ is blistering heat — unavoidably a tear-your-head-off banger — hinged on a paranoid acid riff but raised to glory on a hotbed of precise and manic drums, topped up with riotous bass. It’s deeply intelligent, so much more than just hammer-on-nail dance music, with novel twists and turns designed to pull the rug out from the unsuspecting crowd.

It’s almost a strange addition given the rest of the album’s somewhat tentative stance — one gurning madman havin’ at it amongst sophisticated aristocrats — but Logos has always been about treading the scarcely-walked path and creating new works of art, rather than imitating that which has been done. This is the whole ethos of Different Circles, an ethos which is continued in the label’s latest offering.

Imperial Flood is scheduled for release 12th April via Different Circles. Order a copy from Bandcamp.

Discover more about Logos and Different Circles on Inverted Audio.