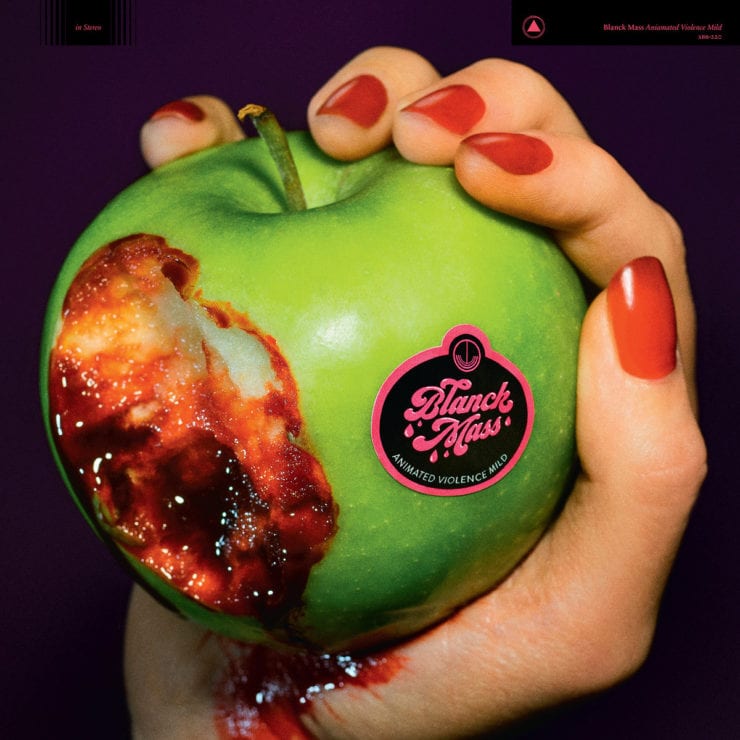 Best known as one half of defunct ‘rainbow rock’ duo Fuck Buttons, Blanck Mass is the solo production alias of Benjamin John Power. Following a pioneering self-titled debut album in 2011, Blanck Mass outgrew Fuck Button’s iconic works such as ‘Tarot Sport‘, which then broke ground as one of the most unique, boundary-pushing outfits of the decade.

Blanck Mass’ talent is demonstrated at regular intervals through Power’s fifth album. After a 35 second intro the producer’s already set the tone, amping up the weirdness to create some intense and uncommon atmospheres. ‘Animated Violence Mild‘ revolves around concepts of both individual and global grief, framing the elegiac tragedy of humankind’s unrelenting hyper-consumerism and self-destroying tendencies.

Cacophonic arrangements are at the very core of ‘Animated Violence Mild‘ – ensuring the listener a dizzying sonic experience from start to finish. ‘Death Drop‘, for instance, literally implodes with the intro’s fade-out. Consisting mainly of high-powered industrial sonics beaming with mechanised gusto, this one sets a rather vigorous pace for the next 43-minutes.

The brick-by-brick structure of ‘House vs. House’ leads to a big, all-or-nothing crescendo. While the track sounds almost joyous, it also bears this delusory feeling of achieving something remarkable, in spite of the consequences.

Its scope and spirit could be interpreted as a concept movie soundtrack from the Hollywood blockbuster era, while halfway in, the vocals and synths begin to remodel it into something entirely different, developing with further amplitude on ‘Hush Money’ and ‘No Dice’.

These catchy, yet boldly realised ideas make ‘Animated Violence Mild‘ way more approachable and abstract than the 2015-issued ‘Dumb Flesh‘ and the two-years old ‘World Eater‘. Though still orbiting at the periphery of electronic music, its ambition and execution suggest something both easier to consume yet truly singular. Despite its dark theme, the album does not feel overly intimidating or dark.

It’s almost painful to observe how brilliantly this music portrays the alarming cause-and-effects of our time: for example ‘Love Is A Parasite’ is the toughest concept to process, even though there are endless examples in the history of man when love’s also proved to be a vector of terrible events.

‘Wings Of Hate’ addresses the past decade of political polarizations in a statement-like way, making for a flawless closure to the album as it widens the ambit to broader perspectives. By packaging this array of music as some ‘quality entertainment’ material, ‘Animated Violence Mild‘ reflects upon our paradoxically tormented zeitgeist like nothing else; Power performing what may certainly be his very best solo piece to date.

‘Animated Violence Mild’ is out now via Sacred Bones. Order a copy from Bandcamp.