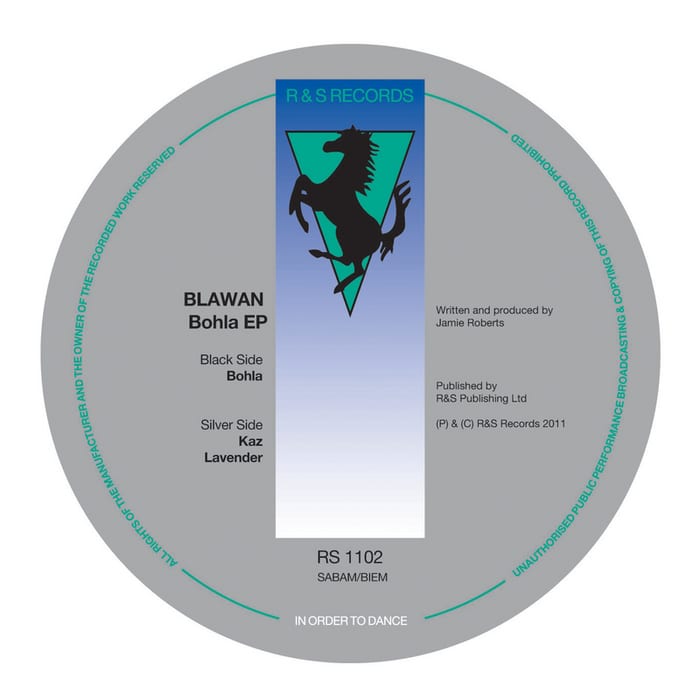 You’ll remember Blawan from his debut 12″ on Hessle last year. An exceptionally crafted pair of tracks, with adrenaline charged percussion. Since then though, his release schedule has been fascinatingly quiet. Well, the hype has slowly built since – and I think everyone is now aware that this year he’ll be one of the key players in an ever fascinating scene.

He returns with an EP for R&S – who continue their quest to push some of the most exciting young producers around. This talented fella certainly seems to slot in nicely to their roster. They’re such a dream team right now, and I think the most appealing thing about them is how they push each other. A feeling perhaps not of out-doing one another with new tracks, but if you had all the files making their way between such progressives must have some sort of effect.

The A-side on this, ‘Bohla’ “dun make you want to cause a ruckus in the dance”, with those outlandish acid basslines carved between rich, thuggish drums it’s definitely a sound he’s almost definied by right now. ‘Kaz’ on the flip certainly follows a similar path – but only in the way that to land a kickflip you have to own a skateboard. Right now Blawan is the Ali Boulala of acid.

Buy this, play it to people and watch them go nuts.