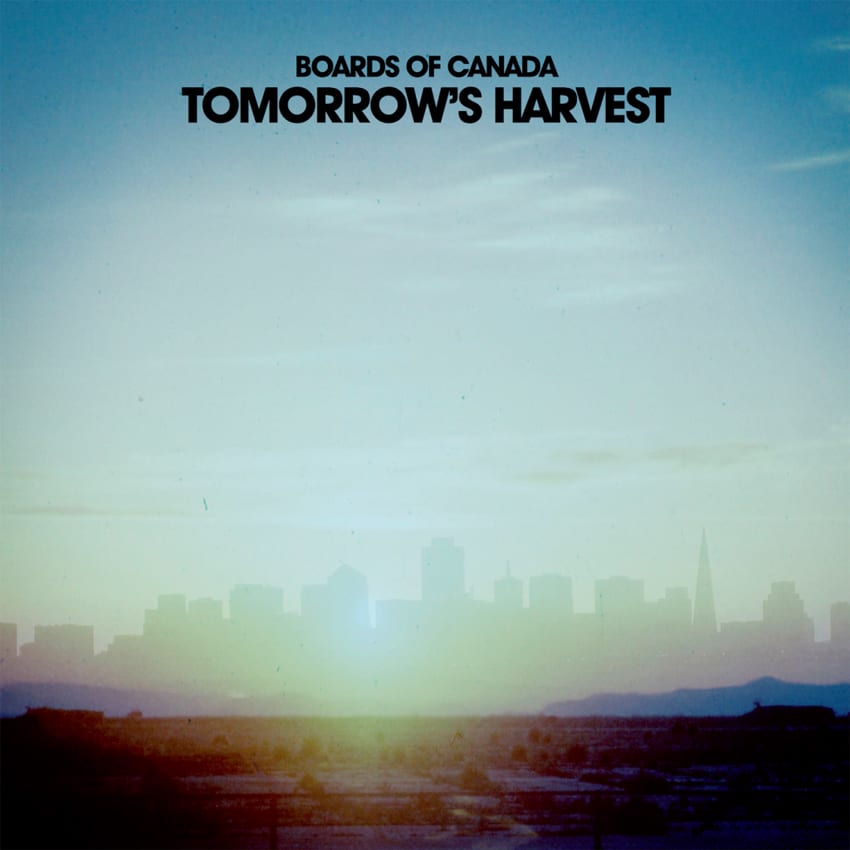 Brian Eno, Kraftwerk, Aphex Twin: there are very few electronic acts who can be said to have unalterably changed the landscape of machine music. These artists, often great technical innovators in their field, are frequently regarded as near-sacred figures by the wider music community, and rightly so. Yet there are some artists who, while not technically revolutionary, still occupy an eminent position in the musical canon.

Scottish electronic duo Boards of Canada, aka brothers Michael Sandison and Marcus Eoin, are just such a production team. While there was little groundbreaking about their technical ability, the pair’s first two albums, instant classics Music Has The Right To Children and Geogaddi, defined an era of electronic music, coining a distinctive sound whose influence can heard in almost any contemporary music genre.

This sound, a mixture of heady trip-hop beats, richly textured ambience and glittering synth melodies, was a world unto itself; nostalgic and otherworldly, playful yet frightening. During their first active years, Boards of Canada produced a series of superb albums and EPs steeped in references to the occult, numerology and digital-age mysticism.

Each release was both an immersive musical experience and a code, to be explored and unlocked given time and space. With such an uncompromising modus operandi, it was perhaps surprising (and certainly testament to the duo’s masterful sense of musicality) just how much of the world was listening. Seven years on Boards of Canada have achieved near-legendary status despite a long period of silence, and after one of the most sophisticated publicity campaigns in recent memory, their new album has landed.

Expectations were unfathomably high, but the pair have risen to meet the challenge. Is Tomorrow’s Harvest the instant classic that the pair’s first albums were? Possibly not. But it’s a damn fine piece of work which demands a dedicated listener who will approach it slowly and patiently. Given this time, Tomorrow’s Harvest slowly unfurls to reveal a wealth of detail and depth that could so easily be missed by the casual listener.

The core Boards of Canada sound has not really changed, but Tomorrow’s Harvest takes on a darker hue; a paranoid, concentrated work where only an occasional ray of irradiated sunshine penetrates the darkness. While the core sonic elements may seem the same, the pair have never before sounded so lush; the unsettling melodies are painted with cinematic grandeur, while richly textured percussion signals the pair’s meticulous attention to detail and love of old hardware.

So Tomorrow’s Harvest is a sophisticated, immersive musical experience in classic BoC style. But it also remains curiously difficult to pick apart. Tracks bleed into one another or stop suddenly in disorientating fashion, and the lack of variation in the sonic palette means that it can prove difficult to distinguish one song from the next. Here is an album that demands to be listened to in its totality, but as a result there is something daunting about it, and it can be difficult to gain a comprehensive grasp over the piece as a whole. In some senses this all makes sense; the album’s structure is cryptic in its way, yet it is also probably the least accessible of the duo’s albums to date.

That said, when tracks do stand out from the crowd, they tower impressively over the nebulous web of melodies and glassy ambience which make up the album’s bulk. Lead single Reach For The Dead is stunning; deep atmospherics, equal parts sci-fi and spiritual, slowly build to a magnificent plateau as a single synth arpeggio snakes around a twitching field of dusty drum hits. Later both Cold Earth and Sick Times stand out from the album’s middle, each harking back to the duo’s early days with stirring melodics and updated drumkits.

While some of the album may prove imposing, even difficult, Boards of Canada still know how to end an album as well as anyone else in the industry. The five-song closing suite easily stands as the LP’s extended highlight, from the cloud-parting brightness of Nothing Is Real to the beautiful off-kilter journey of New Seeds, by way of some of the pair’s best ambient work on Sundown and bleak closer Semena Mertvykh.

There’s a lot to be loved in this album, but there are also a fair few aspects of the duo’s sound which feel somewhat missed. Gone are the playful touches that counterbalanced the pair’s forays into sonic darkness, as are the accessible, rewarding melodies which marked much of their early output. As a result the sounds of Tomorrow’s Harvest feel somehow less memorable, less easy to hold onto.

Boards of Canada ask a lot of their listeners with their first album in seven years. Dedicated fans will be rewarded with a cryptic and fulfilling experience, but the album is also likely to alienate or merely puzzle the more casual listener. The brothers’ early work finely balanced its mystical depths with a concrete, satisfying musicality which at times feels absent here. Yet ultimately it’s hard not to feel that in a musical landscape increasingly populated by disposable me-too efforts, an album that not only asks a lot of its listener, but bountifully rewards those who are willing to take up the task, is a rare, powerful thing.

Discover more about Boards Of Canada and Warp Records on Inverted Audio.