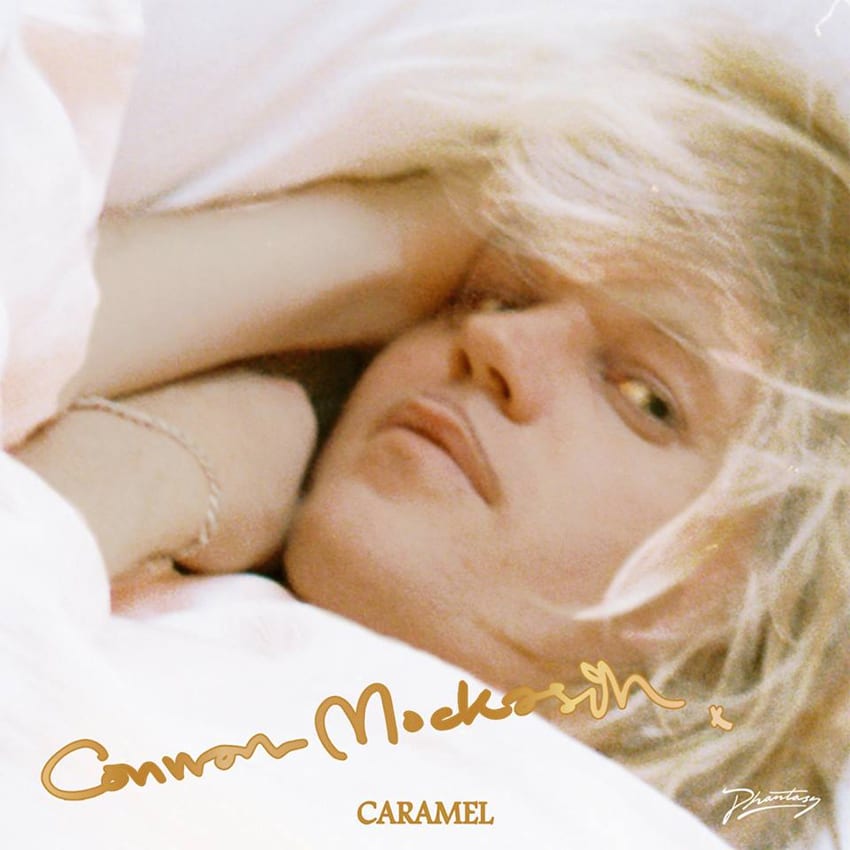 The preternaturally talented Connan Mockasin, real life name Connan Hosford, first caused a bit of commotion with his previous group, Connan and the Mockasins – a three-piece of vintage drummer, double bass player and the mercurial Hosford up top with diminutive blonde bob). For whatever reason, it didn’t connect and Hosford returned to his native New Zealand and after some prompting from his mother, set about recording his debut album, which was duly welcomed into the Phantasy Sound / Because Music family by Erol Alkan.

Slow burning albums don’t really come much better than the resulting record, it had a mood, a lightness of touch not like your average record. Constructed deftly around haunting guitar motifs, melodies that linger and eke nothing but moonlight sorrow as they float and glide over a tropical backdrop of shuddering notes. Reaching out above it was a voice of pure weirdness, a hushed croon that led you on an adventure populated by dolphins, choades, snats and unicorns.

Slow burning success came, a slow burning flame that dragged its way into the album being re-released as exactly the same album, the original, Please Turn Me Into The Snat, metamorphosing from yellow to purple and retitled as Forever Dolphin Love. A recent show at Village Underground felt like a celebration of how far Connan has come, or rather that people are beginning to clamour before him. I’ve been astounded on numerous occasions, the most surreal being the soundtrack to a casual Saturday in Beyond Retro, the most incredible being a show at The Lexington where he visibly stretched his vocal chords (with his hands) to spacious surreal heights.

I’d hazard more than a guess that Caramel will follow a similar trajectory, as it dances out the blocks, as if the dank musk of Forever Dolphin Love still remains. Nothing Lasts Forever is the sound of his shaking it off, lithe guitar trickles bubble up into an atmosphere heavy with tension, like a ghost rising through the gears. The title track marks the album’s territory out as some something else, the curtain dropping for this new sound, guitars supple as ever but bolted loosely into a sprawling funk work out that evokes the wistfulness of 1980’s era Prince. The backing vocals coo like stoned morning birds.

It segues perfectly into the album’s starlit highlight I’m The Man That Will Find You – you hear his elfin croon shifting through a wardrobe of spaciousness, the guitars drip and ooze all over, as seduction of the most lurid seedy variety comes to the fore (see also: seedy lurid video). Do I Make You Feel Shy reeks of springtime single, demonstrating a coyish continuation of the sultry charms amid lines of guitar that flutter on the edge of the collapse. Why Are You Crying has everything inverted, a heady affair, desperately tinged. You’ll find Connan wielding his guitar like a snake charmer in the clouds against a teary backdrop of hushed voices and hush-hush hi-hats. The album tapers off into a pentalogy entitled It’s Your Body, proper sprawling under the duvet music that starts to come alive in the fourth, a gorgeous guitar lick that builds atmosphere in a similar way to the title track off Forever Dolphin Love. The last part feels like a glorious epilogue to the weirdest snuff movie you never watched. I can’t wait for the followup, and the undoubtedly top notch remixes that a release on Phantasy Sound would imply.