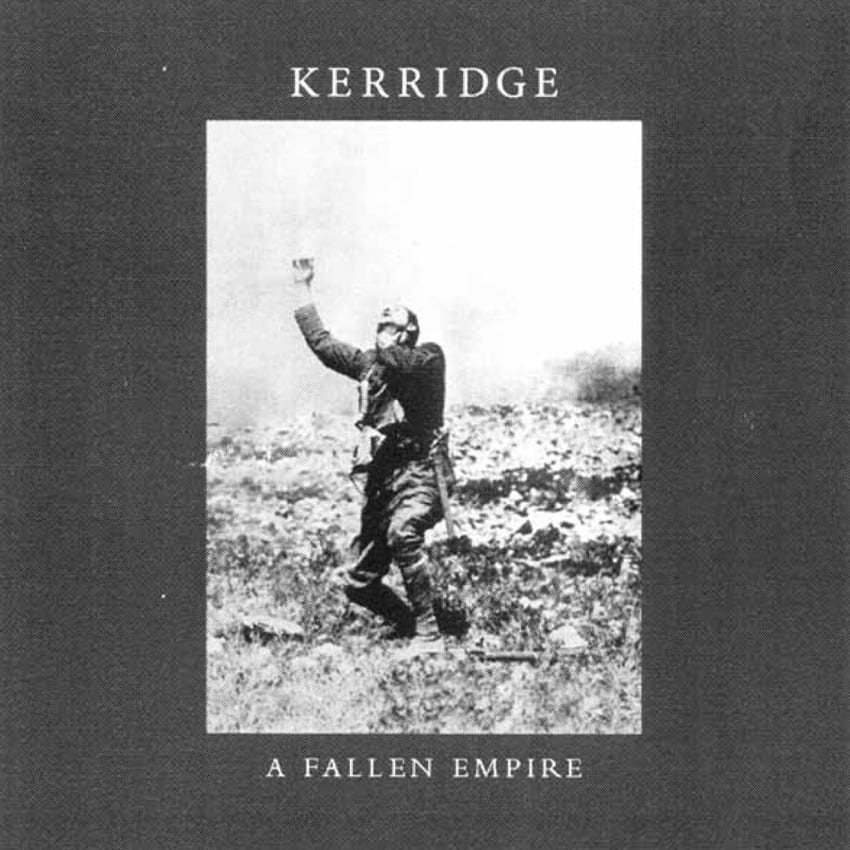 If Samuel Kerridge’s reputation as a rising star of the techno/noise industrial revolution didn’t set expectations appropriately for his debut album, then a quick scan through the track listing of his debut long player would certainly point you in the right direction; names such as Straight To Hell, Black Sun and Death Is Upon Us indicate that this isn’t light and cheerful experience. In fact, those brave enough to dive in may also find themselves assuming the stance of the distressed and choking fellow adorning the front cover. While this may sound utterly alienating, A Fallen Empire is a compelling listen, sitting on a par with the likes of Regis & Russell Haswell’s Concrete Fence or Tommy Four Seven & Alain’s These Hidden Hands projects.

The fuzzy drones that permeate the album often resemble the guttural growl of a distorted electric guitar, constantly threatening to perforate speakers, highlighted appropriately by Heavy Metal and Straight To Hell. In some respects, rather than being the obvious lovechild of techno, A Fallen Empire acts in the same way to death metal as dub does to reggae, reducing once recognisable elements into a residual black sticky goo of distortion and commanding drums.

Peeling away the surface layer reveals intriguing moments; for example, the gothic dub of Scare Tactics leaves enough room for a solitary flamenco clap to breathe, while Death Is Upon Us is a celebration of the techno bassline, humming with the intensity of a B52 bomber to the militant beat of a drum. Undeniably, Kerridge has quickly crafted a distinct niche, pushing back already accommodating boundaries even further. This is techno for event horizons with no escape from the crushing force of the singularity, a mysterious alluring entity that can both terrify and leave you awestruck in equal measure.