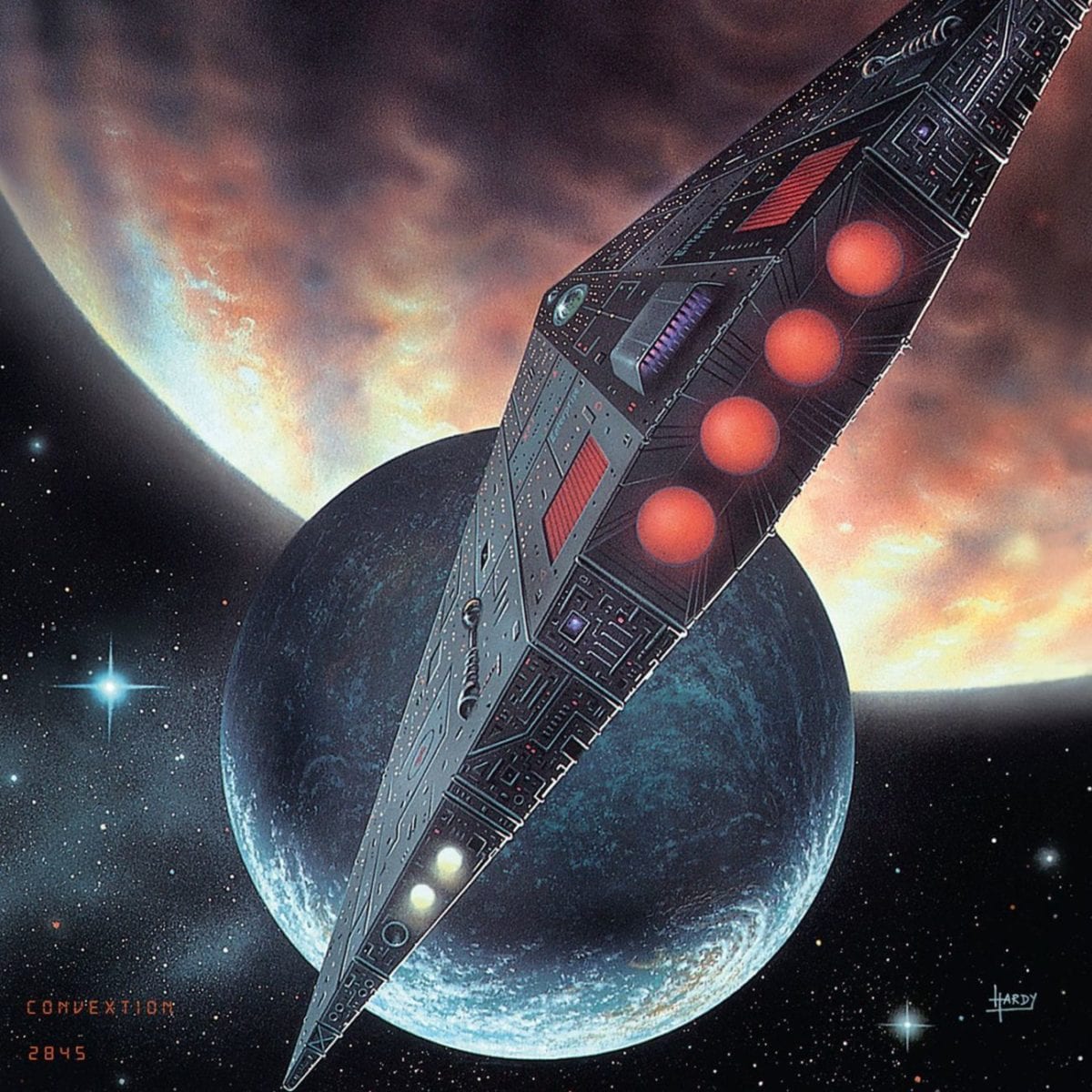 Just as its retro science fiction cover art suggests, “2845” is all about timeless space music. Convextion’s first LP in a decade is the soundscape of a journey through the final frontier, and one that highlights Gerard Hanson’s effortless blending of organic and mechanic sounds from above.

The 16-minute opener is driven by a synth loop of bleeping gizmos and gadgets from inside a futuristic spaceship as it climbs through the atmosphere and floats into orbit. The ambient backdrop of fading radio static, sonar blips, and electric whistles and chirps from other spacecraft jetting by is perfectly programmed over ethereal tones – capturing the grandeur of the cosmos as you gaze out towards this so-called ‘New Horizon’.

Four minutes in a kick drum starts bumping along, however it is soft and soothing like the rest of its hypnotic timbres; nothing to create any turbulence though. This pensive atmosphere carries on into ‘Distant Transmission‘ where a little more bass adds some gravity to the environment before reaching the middle of the album when you realise there’s an alien party going on out there.

‘Saline Moon‘ shakes things up with an upbeat bongo-drum pattern and funky bass line that pulses through the coastal house groove while ‘Tidal Friction‘ takes a turn around the dark side of the moon with a heads-down techno jam built up from a nasty bass and frantic percussions. The heavy dance-floor energy lightens up in ‘Sea And Satellite’ where bright synth work shimmers like sunbeams during a fresh morning. It’s a warm and welcoming tune, maybe an invitation from another kind.

‘Exploration‘ winds down the album with a celestial hum and ravey air horns that take us back to a more meditative state, but has just enough vigour to remain communal. This is Hanson’s greatest treat throughout these tracks; showcasing to perfection his ability to make extraterrestrial sounds feel so homey. Perhaps it’s a subtle reminder that we aren’t just a part of the universe, we are the universe.

Discover more about Convextion and a.r.t.less on Inverted Audio.