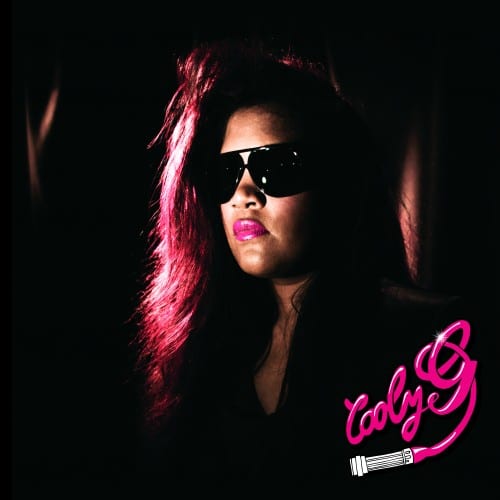 The UK Funky scene hasn’t produced all that many auteurs, and Hyperdub seem to have a monopoly on them. There’s Scratcha DVA, notorious Rinse FM breakfast host whose productions run the gamut from gritty, steroidal house to lopsided digital soul. Then there’s Cooly G, whose vision becomes increasingly singular with each successive release. Her latest single – a taster of what’s to come on her debut album next year – showcases the level of autonomy we’ve come to expect: distinctive funky-not-funky productions overlaid with her own vocals. Interestingly, both tracks here are collaborations, but – to these ears at least – it’s clear who’s calling the shots.

‘Landscapes’, with production assistance from fellow Londoner Simbad, weaves the lithe syncopations of Funky around a solid half-time, but the drums aren’t really the focus. Cooly’s voice is front and centre, unadorned but creamy smooth and inviting. ‘Leave your thoughts aside, dive into my vibe’ she intones, until the late entry of a regular kickdrum pulse lifts the track’s mellifluous pads into gentle, sunkissed euphoria. ‘Landscapes’ is to house what 2009’s exquisite ‘Love Dub’ was to blissed out garage, dusting the mixture with just enough hip-winding percussion to keep things spicy.

In true Cooly form, ‘It’s Serious’ is the darkside foil to the A side’s sugary sweetness. It’s a hookup with legendary Bmore house producer Karizma – whose influence on UK Funky in its early stages can’t be understated – but, like all good collaborations, it’s difficult to tell who’s done what. Kick and snare are chopped into a dense but loose rhythmic matrix, with  layers of added percussion crowding the mix almost to the point of overload, until an oddly ambiguous synth texture pokes through the murk. It’s not the most arresting combination on first listen, but it gets under your skin: more rhythmically daring than Karizma would usually be, but with a smooth momentum which UK Funky tends to abandon in favour of more striated drop structures. With another fine addition to her discography, Cooly’s forthcoming album looks set to be one of the most important statements to come out of the Funky scene so far.