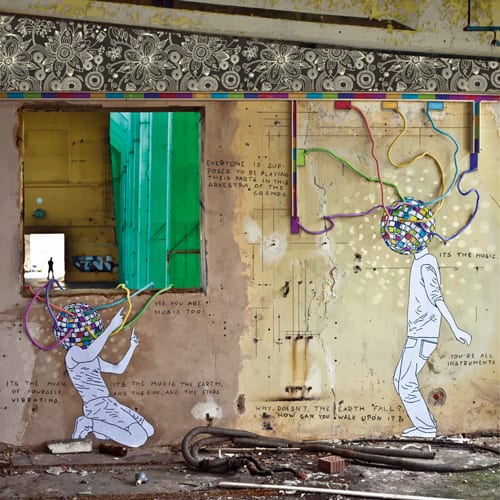 The sample-based machinations of Cuthead find their first physical release on Dresden-based label, Uncanny Valley. Also hailing from the East German city, Cuthead has previous with the label through their compiled releases, most notably ‘The Sinner’. This marks his first dedicated physical release, however, and the Brother EP certainly stakes a claim to be his most significant work yet. Emerging from a background affluent in both house and hip-hop, Cuthead draws upon aspects of the two, combining dense percussion with well-sourced, retrospective sampling. This tends to construct an understated but distinct sound, with the vocal sequences often providing dream-like dichotomies when compared to the vibrant, restless percussive elements.

‘Vibrations’ calls on an array of warm, organic aspects to propel the sound. Throughout the Brother EP a sense of bluntness pervades; there’s certainly a degree of power and intensity, but it feels calculated and controlled, Cuthead squeezing the energy out in bursts rather than letting rip. Even an acid tinged hook towards the end of the opener retains a significant calmness. Although the producer’s tendencies are recognisable in each track, they’re embodied nowhere better than in title track ‘Brother’. The contrasting elements of the EP feel at its most accomplished here; a wistful, reverb soaked sample leading proceedings. ‘Brother’s structure, subtle nuances and composition are a delight to listen to, feeling effortless in their execution. As Cuthead switches it up in the final third to dissolve the beat into a dreamy frenzy, you get the impression it wouldn’t be out of a place at a summer barbeque.

The remaining tracks are accomplished, if somewhat routine. ‘Transgressions’ is wholly honest with its intentions, especially when compared to the lulling weight of ‘Brother’. Again, the sounds are inescapably satisfying, clicks and hats expertly positioned. ‘Transgressions’ reaches a pinnacle but then jogs on the spot, preferring an easing, drawn out conclusion. It feels lightly hypnotic but also becomes slightly tiring toward the end.

Cuthead reverts back to a wholly hip-hop perspective for the final two numbers. ‘Serah Lambah’ draws upon hissing, lo-fi vibrancy, punctuated with ethnic sampling and a wet bassline. ‘Heartless’ ends the EP on a relaxed, reflective note. The two beat-orientated tracks fit the aesthetic of Brother well, but by the time they arrive the best moments have already been experienced. Nevertheless, it’s a tightened and polished venture, this release ensuring Cuthead’s relevance going into 2012.