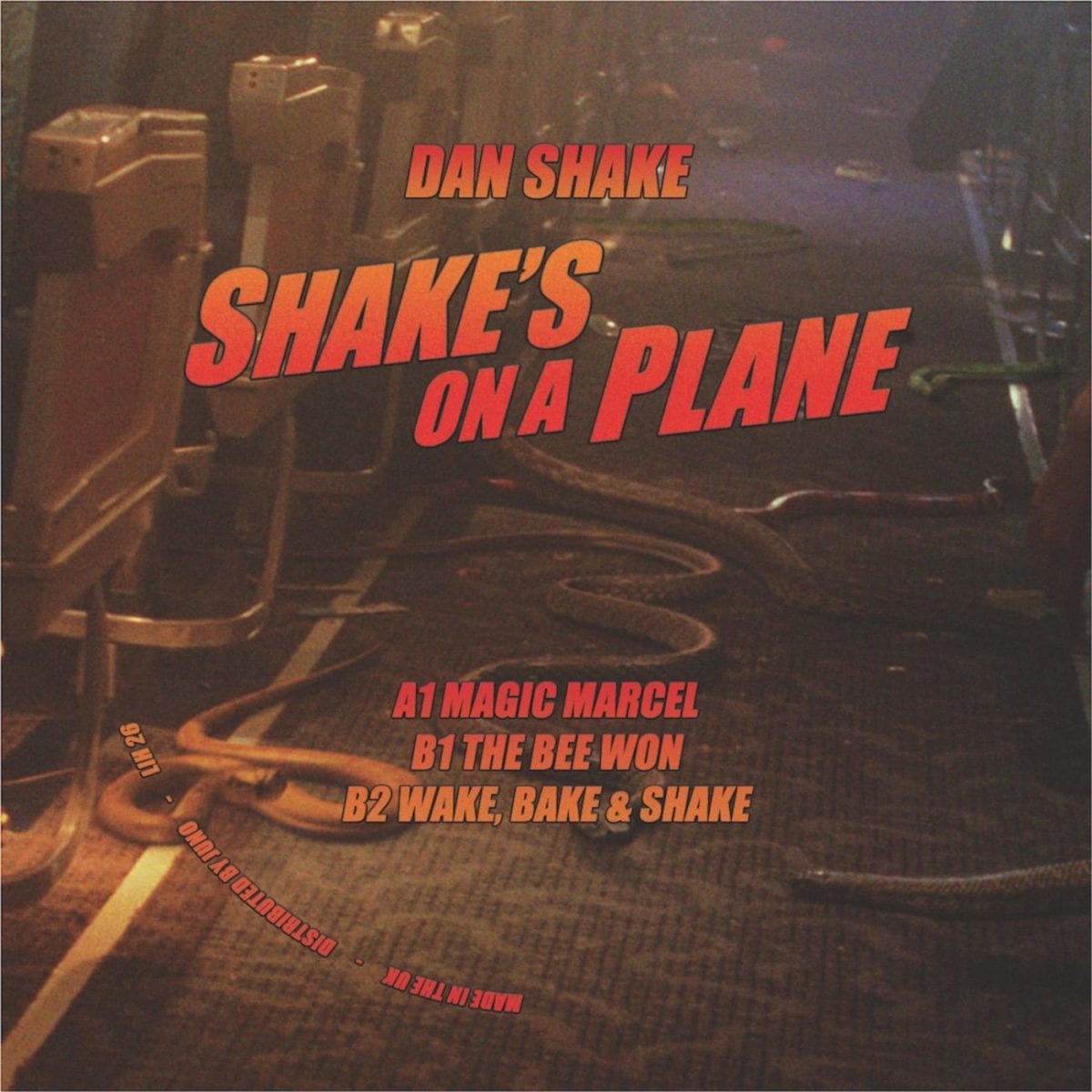 One undeniable aspect Dan Shake exerts is energy. Whether it’s through his expertise behind the decks or his mood lifting, hard pounding productions, energy is certain in his presence. His debut 12″ on the Amsterdam based ‘Lumberjack’s In Hell imprint follows a similar pattern: a three track E.P. of hooks and evocative ‘crowd-pleasers’. Much like his previous contribution to the imprint, ‘To The Love’ in 2015, ‘Shake’s On A Plane’ follows a strictly disco diet, a genre this London based producer has proved more than at home with. In all the ways that the two releases can be linked together they do show a contrast, or more so a development in Shake’s ability as an artist.

‘Magic Marcel‘ reflects Shake’s time behind the mixing desk. There’s something very inclusive about this track, played late to brighten the dance floor while radiating a “we’re all here together for one reason” kinda feeling. The irregular percussion which creeps in after 32 bars could have something to do with it, so could the slapping, warm bass line which surfaces after the high pass filtered vocals, or maybe its the beautiful arrangement of it all put together. Which ever thing it is, it creates a feeling, a feeling of warmth with almost a pop like hook. A top class Nu-Disco anthem made for the floor.

‘The Bee Won‘ picks up the speed, both in tempo and in excitement, there’s a certain rush to it. Although still very much a disco track the bass riff is faster using shadier notes. The percussion is similarly sped up with an added tin strike at the end of each four bar loop. The male vocals are topped by a classical disco trumpet and are looped just like the bass and percussion. This repetitiveness will translate into a foot stomping chaos on the dance floor.

‘Wake, Bake & Shake‘ has a more traditional disco feel to it. From the outset the bass line is more complex as are the vocals. Truly a record with sex appeal which could have been produced in the golden days. Here is a similar kind of djembe style reverberated percussion as seen on side A giving the whole E.P. a tribal and somewhat exotic flavour. This song in particular shows Shake’s complexity as an artist, recreating now the sound which has defined dance music.

Another big release from Dan Shake. From the deep to the acid to the disco Shake is slowly securing his name amongst the most respected players in the game. This E.P. demonstrates what sort of artist Shake is and potentially why he stood out to Moodymann like he stands out to his listeners.

Shake’s stunning disco sound will be available to pick up from the 16th October from Juno.

Discover more about Dan Shake and Lumberjack’s In Hell on Inverted Audio.