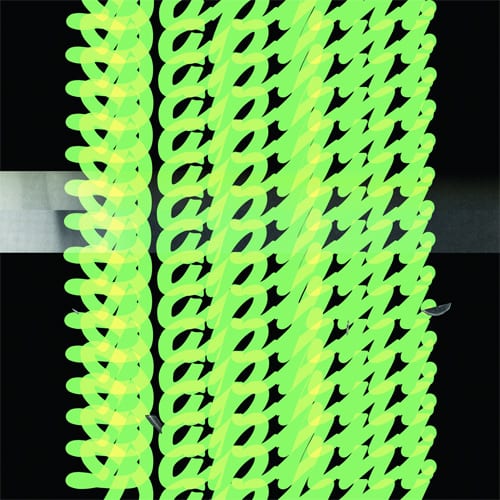 It might sound fun, but it can’t be easy being one of electronic music’s big names. Not only are you expected to churn out great release after great release with alarming consistency; on top of that you’re expected to innovate. Two consecutive LPs that explore the same sonic territory are quickly branded ‘samey’ and ‘unadventurous’. So I have a lot of sympathy for Canadian artist Dan Snaith, who effectively blew the competition out of the water two years ago with his phenomenal Swim album under his better-known Caribou alias.

Swim was a near-perfect album on first release; the tracks were detailed and sophisticated enough for headphones, propulsive enough for the dancefloor, catchy enough for pop-fans, more than eclectic enough for the alternatives. It ticked pretty much every box.  So rather than attempt to follow that up in only two years, Snaith has been getting increasingly in touch with his club-side, with the notable release of the moody, pacing Ye Ye as Daphni on a split-release with Four Tet last year. And now, we have a whole album under the dancefloor moniker on Snaith’s own Jiaolong label. Is it a worthy follow-up to the mighty Swim? No, probably not. But it doesn’t have to be; this is Daphni we’re dealing with now, and it seems that Snaith can easily translate his compositional expertise and individual voice to the dancefloor.

It should be noted, these are real dance tracks: Yes I Know starts with a DJ-friendly intro building to its unsteady bassline, but these tunes contain more surprises than your average club fare; such as the opener’s excellent funk sample or the iridescent synths that course across the remix of Coz-ber-zam’s rare 7’ Ne Noya. These tracks stand in clear contrast to Snaith’s early work not just because of their surprises but also their spontaneity, the carefully wrought structured replaced with a sound that is more rough and analogue, sometimes bordering on the skeletal. The excellent Ye Ye finally finds an LP home for it’s throaty synths and anaesthetised one-word sample, while Pairs twins African rhythms with a deep bass reponse and a detailed array of percussive accents to great effect.

Each track is geared purely towards getting the listener moving, generally through shifting arrangements of spare, analogue sounds such as Light’s sharp snares and phaser-gun breakdown. Elsewher Ahora most closely recalls Snaith’s earlier work, with pitchbent synths accompanying restrained beats and a gentle groove. Jiaolong is explorative and packed full of ideas, but it suffers a little from the bombast of its opening three tracks; the shift towards more stripped-down tunes means that the less hook-laden numbers may have trouble grabbing the listener’s attention. But if you’re not expecting Caribou then it’ll be hard to leave this LP disappointed, there’s a wealth of muscular grooves on display, all the more impressive for Snaith’s rapid mastery of this pure house sound.