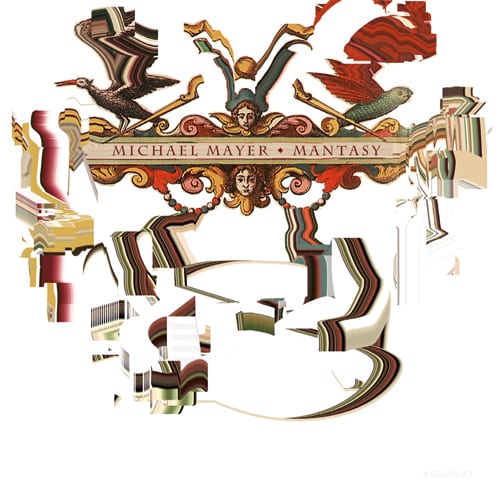 Mayer’s vaunted standing in the club realm extends far beyond his integral role in creating a canonical record label that he has likened to “the bastard brother of techno”. As a DJ, Mayer is a one-man institution, responsible for classic mix compilations such as Fabric 13 and the aptly-named Immer trilogy (‘immer’ meaning ‘always’ – as in ‘timeless’ – in German), which were all characterised by astute sequencing and idiosyncratic track selection that incorporated everything from quirky pop and space disco to micro house and minimal techno. Mayer’s extensive catalogue of remixes, crowned by last year’s irresistibly catchy refashioning of WhoMadeWho’s ‘Every Minute Alone’, is similarly beyond reproach, while his collaborations with fellow Kompakt mainstays Superpitcher (under the moniker Supermayer) and Tobias Thomas – see underrated gems such as ‘Sweet Harmony’ – have also contributed to his deserved reputation as an auteur within the club milieu.

If there is one aspect of Mayer’s immaculate discography that remains slightly unfulfilled, it is his solo album output, which until now only comprised one LP, 2004’s Touch. While Touch was not without its highpoints, namely ‘Lovefood’, where sultry whispered vocals sampled from Meat Beat Manifesto’s ‘She’s Unreal’ were conflated with an exotic eastern melody, as a whole the album lacked the panache and salience of Mayer’s remixes and compilations. Eight years on from Touch and one Supermayer album later, Mayer again faces the arduous challenge of translating and sustaining the quality he has attained on cuts like his classic 12”, ‘Love Is Stronger Than Pride’ or his memorably brazen rework of Baxendale’s ‘I Built This City’ for an entire LP.

From its atmospheric opener ‘Sully’, Mantasy exudes a decidedly cinematic ambience, as Mayer explores the vast palette of influences that shape his sonic sensibility. Though there is a pronounced shift in style between each track, masterful sequencing ensures that Mantasy is a cohesive listening experience, with a strong sense of purpose apparent in the manner that each of the album’s opening tracks build on one another. ‘Lamusetwa’ preserves the atmospheric mood of the album’s opening, contorting classical influences to evoke an ethereal cosmic ballet, while the first bass line emerges on the third track, ‘Wrong Lap’, a pitched down minimal funk number. The title-track then ventures towards the dancefloor through chugging Italo disco embossed with a distinct Kompakt sheen, before Mayer withdraws to more introspective terrain with the elegiac ‘Roses’. A genuine album highlight, ‘Roses’ is a wistful cut in which plangent organ keys bloom atop a bass line that threatens to break into overdrive at any moment, but ultimately delights in tantalising listeners expecting it to do so.

The second half of Mantasy continues to showcase the adventurous attitude that Mayer brings to his DJ sets, as increasingly expansive soundscapes are traversed through the Balearic vignette of ‘Baumhaus’ and ‘Rudi Was A Punk’, where Mayer taps into his inner rocker. Though it is arguably one indulgence too far, ‘Rudi Was A Punk’ does work as a quirky interlude in an album that celebrates different sounds, and intensifies the impact of Mayer’s shift into heavier club territory with ‘Voigt Kampff Test’, a pounding techno beast layered with vertiginous synths that has all the hallmarks of the releases on Kompakt’s sub-label, Speicher.

Mantasy concludes with ‘Good Time’, a polished and hugely enjoyable piece of songwriting on which Mayer renews his fruitful alliance with WhoMadeWho via the inimitable vocals of Jeppe Kjellberg. An ode to some of life’s more simple pleasures, ‘Good Time’ is a fitting finale to an ambitious musical journey, as everything that has come before is distilled into a refrain that celebrates the pleasures of simply letting go and enjoying oneself – which is exactly how you should approach listening to this album. Follow Kjellberg’s words of advice and abandon your expectations and preconceptions before playing Mantasy. It may not quite be the mythical masterpiece that we expect from Mayer because of his supreme abilities as a selector and remixer, but it’s not that far off it either, and will rank as one of the more engaging and imaginative electronic releases you will hear this year.