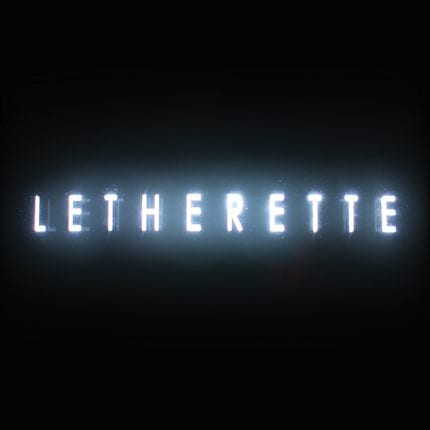 After two releases on Ho Tep Records, an appearance on Brownswood Electric and some impressive remixes for Warp and LuckyMe’s Machinedrum and Bibio, Letherette are ready to step up with the cool kids from Ninja Tune. As much for the dance floor as for a rainy night on a bus ride home, the duo seem to dominate a mood and apply it to a genre of beat heavy house and experimental music keeping the tracks lucid for your imagination to run wild. A track that resonated was ‘Wecko’ perhaps the most hip hop influenced piece on this release comes with a spacy bass that floats across the speakers accompanied by short glitches of 4 bit notes. A J-Dilla-esque groove that combines warm patterns of melody and rhythm. Hip Hop at its most primal level.

In the past Letherette brought a combination of soul, jazz and funk grooves to their unmistakable hip hop production. Nevertheless, most of the energy this time around might be influenced by the experimental beats from across the pond. Los Angeles beat music and producers like Brainfeeder’s Flying Lotus, Teebs and Thundercat come to mind as current influences. Although, categorizing Letherette as hip hop producers would be a mistake. Throughout half of this release the robotic, repetitive and subtly progressing sounds of Techno and House music start coming into place.

Possibly my favorite track on this EP ‘Surface’ starts off with catchy echoing snares that resonate throughout making the piece sound both futuristic and nostalgic. A stand out song that incorporates a beautifully sung part by an unnamed female vocalist. Drenched under a wavy bass line I was able to catch a glimpse of the lustful lyrics; “…sticks and needles but if you wait your turn the dice will roll forever until you break the surface’’.  Giving the listener something to cherish. Lets not forget the core of this EP. Breaking the organic nostalgia into a concrete pattern of House music ‘Warstones’ and ‘Etterwards’. Both songs break free and release you into a funky, complex and colorful dance floor.

Letherette seem to create a beautifully put together mixture of sounds from experimental hip hop to nostalgic house and techno tunes.  The smooth combination makes this EP a genuinely listenable experience, always changing and advancing in rhythm and style making you wonder what will come next. These are the kinds of EP’s that you can sink your head into for days, constantly encountering new themes that you missed the first time around. Featurette is available to pre-order now on 12″ vinyl and download at the Ninjashop. I am very proud to announce a full-length album will follow in 2013.