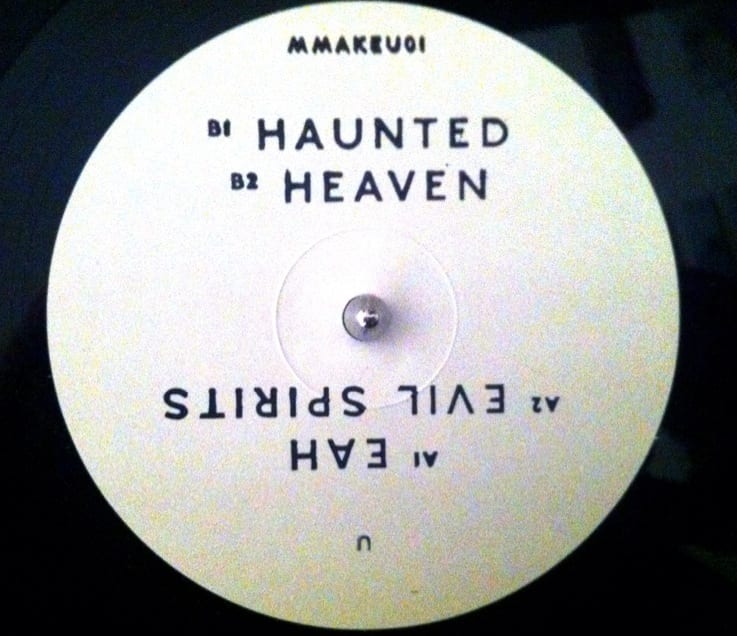 George Fitzgerald’s ManMakeMusic hasn’t given us much to go on with their new signing, the enigmatically named U. While the moniker may be somewhat irritating to refer to (‘he’s called U, just the letter…’), the tunes are worth talking about, and the identity is tantalisingly elusive. Little has been released with regard to the former, and while rumours don’t appear to be circulating too loudly, it wouldn’t be surprising if U was a producer with some notable releases already under his (or her) belt.

Opening track ‘Eah’, which was released along with a delightfully retro-euphoric video a few weeks ago, has been drumming up support quickly, and with good reason. It’s a deftly stripped-back house number, with raw elements competing for space under thick vinyl scratching. The pitched shout referred to by the track title is a clarion call from some early UK dancefloor, with all the release’s tracks heralding back to a similar time and place.

‘Evil Spirits’ is a staggering, smoky piece that wouldn’t have been out of place on Claro Intelecto’s ‘Reform Club’ LP, edging more towards minimal aspects of the Mancunian’s hazy techno. ‘Haunted’ uses some similar textures, along with snatches of squeaking synthesis and a mellow vocal line.

‘Heaven’, which closes the EP in an unfortunately modest 1’44”, is according to the press release a ‘warped homage to an idealised golden era of British dance music’. Low-tempo, garagey percussion shuffles through the track accompanied by warm keys, pads and bass.

U is an interesting addition to the ManMake roster, bringing dancefloor punch and cerebral detail in almost equal measure. Whether or not we find anything out about the producer, U is one to watch.