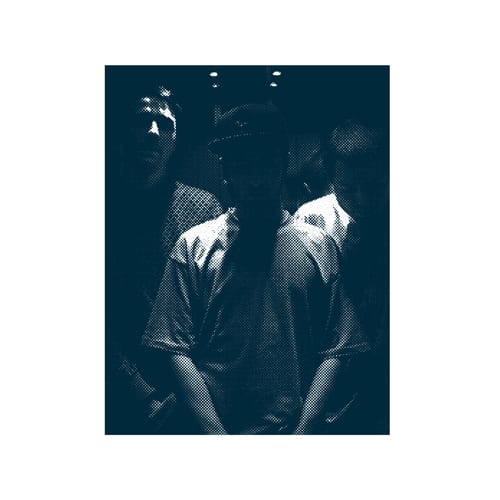 London-based trio Dark Sky have managed a pretty consistent track record on their three EPs to date. There’s always been an emphasis on melody under all those propulsive rhythms, and an acute ear for detailed sound design that has steered them very well up until now. On their second outing for Modeselektor’s 50 Weapons imprint, the group get a little more intimate with that darker, more Germanic sound (fitting of the Berlin stable), and prove that not only do they keep delivering the goods, but they’re also willing to change things up.

The melodies found on the best Dark Sky tracks are noticeably absent here, as their deft skill at conjuring detailed soundfields is turned towards darker, more experimental pastures. Opener Shutter Speed kicks off into a deep, skeletal groove after a disorientating atmospheric intro comprised of boomerang bass swipes and nervy percussive accents. It finally takes shape as a lopsided roller that’s distinctly dirtier than anything the trio have put out to date, without ever sacrificing the exquisite quality of those sounds. Second cut Hequon is similarly left-field, mutating unexpectedly and resolving into an unstable, cerebral piece where every sound feels perfectly treated and applied. The second half draws comparisons with some of Hessle’s best output, as the track takes the form of a growling stepper with tight percussive twitches keeping it urgent.

After two impressive and notably cerebral cuts, third cut Shades opens with a fierce bass drop, clearly marking itself as the essential club cut. At eight minutes, it’s the most substantial and powerful track of the four, muscular and atmospheric without losing any of that unique polish, such as the long outro where an iridescent synth line flutters across the soundfield. Final cut Gaddagive is a stranger breed (although the trio have been known to include an oddity in previous records), a post-everything duel between grime-referencing pitchbent chimes and increasingly flexible toms, the whole track is fantastically unhinged and shows the group have a real sense of fun behind the darkness.

It’s worth pointing out that DJs might feel a little worried that there’s only one clear banger here, and the first two tracks might be felt to be lacking in punch, but these tunes more than make up for that potential loss through impeccable quality and innovative constructions. Added to this, it’s easy to see these less hook-laden cuts lighting up a dancefloor in the hands of a skilled DJ. But what are you still listening for if you can’t delight in electronic music that can still surprise you? There’s a case to be made that this is the trio’s strongest release to date; confident, immaculately crafted, and pleasingly confounding.