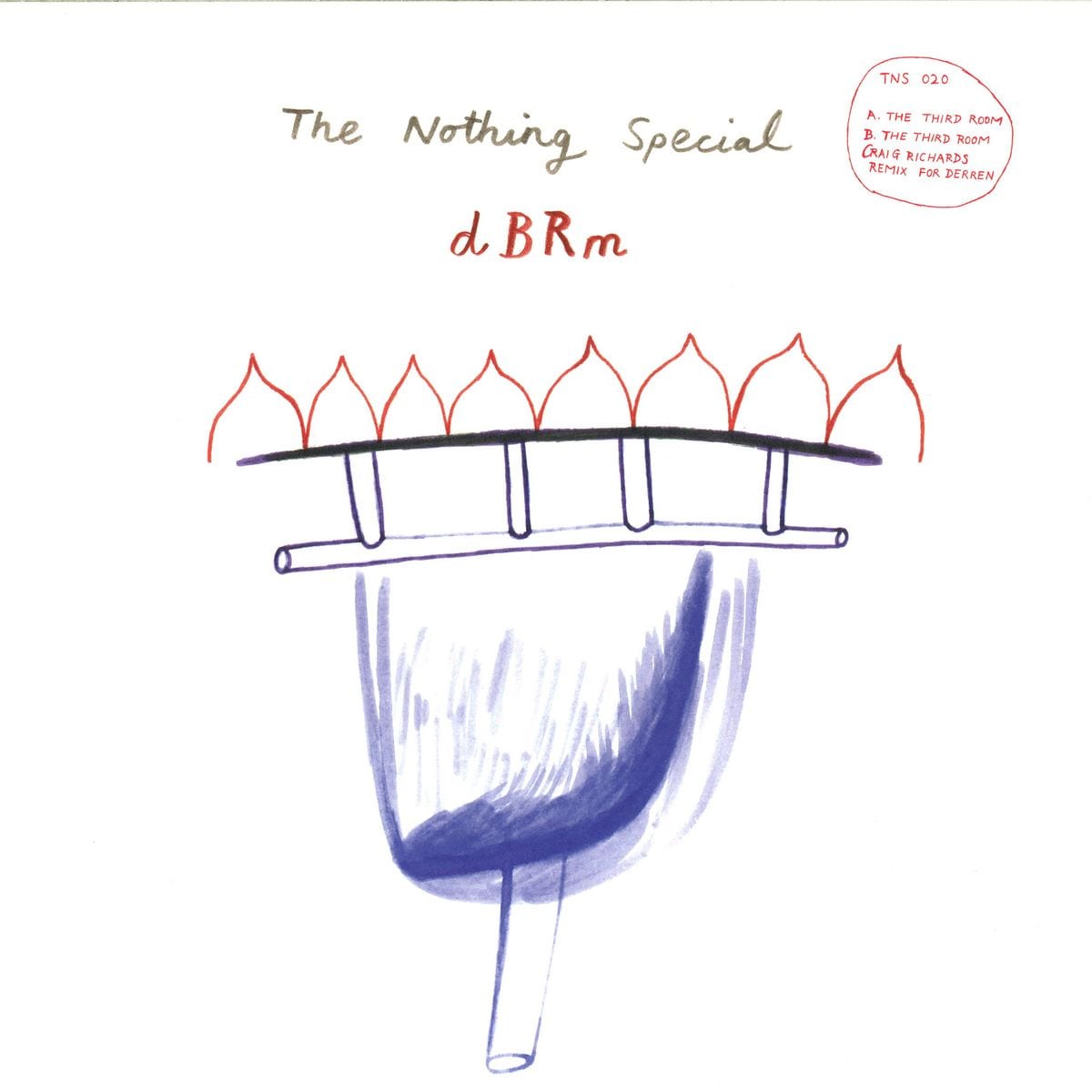 One of the fun thing about artist collaborations is playing old game of “where does one end and the other begin?” With Radioactive Man and dBridge picking up their DBRM alias again over on Craig Richards’ The Nothing Special, it is the sound clash of two very different styles that makes this game all the more intriguing.

As part of Two Lone Swordsmen and as his own Radioactive Man alter ago, Keith Tenniswood is easily recognisable for his tight swaggering electro. Darren White’s career stretches back to nineties Junglist act Bad Company before going solo as dBridge. His smooth as you like electronics often shear the drum’n’bass tempo in half, but he is also easily adept at cutting a house groove under his Velvit alias.

So how does this all fall out on the latest dBRm project? The pendulum is swung in the former’s direction on title track ‘Faction‘, which features one of those rasping electro basslines that Tenniswood is famed for, punchy and direct, it is very much the ideal box haunting fodder which the label boss is famed for.

Dead centre is ‘Unified In Existence‘, which starts off unassumingly with a swingy dub bass and snare combo alongside its electrified house percussion. As it expands, you can  tell there was a lot of fun being had in creation with a hatful of elements – 70’s spy thriller stabs, pad swells, shrill theremin-esque squiggles, wah-guitar, the old “drag your nails up the inside of a piano” horror FX trick, 3 flavours of bassline, synthy arps – all thrown in without cluttering or overwhelming.

Then swinging fully to White, ‘The Third Room‘ is a slick breaks workout. Classical string sections and muted natural piano work exceptionally well with the thick harmonic bassline – which has a suppressed Radioactive Man snarl that you full well know could fly off the leash if it wanted to – and the beats are as crisp as if taken from shards of hand snapped vinyl.

Right there, ‘Faction‘ is solid, impressive. In steps label boss Craig Richards to shift into a hidden gear and move for the stratosphere. When in production guise, Richards is best known for stark hypnotic fare made with basslines that carry their own echo chamber. When taking ‘The Third Room‘ to task, he turns in a sprawling thirteen minute ambient breaks extravaganza.

Rather than the incremental pasted structure of the source, every single element is stretched out and worked to its fullest extent. It is remarkably like people gazing from a coffee shop; the original is a five minute snapshot of real time hustle and bustle while the remix is the detached grace of time-lapse video, the arcing of the sun across the sky and the subtle shifting of light and colour, and it is the emphatic full stop that concludes an already poignant statement.

Faction is out now, order a copy on Juno.

Discover more about DBRM and The Nothing Special on Inverted Audio.